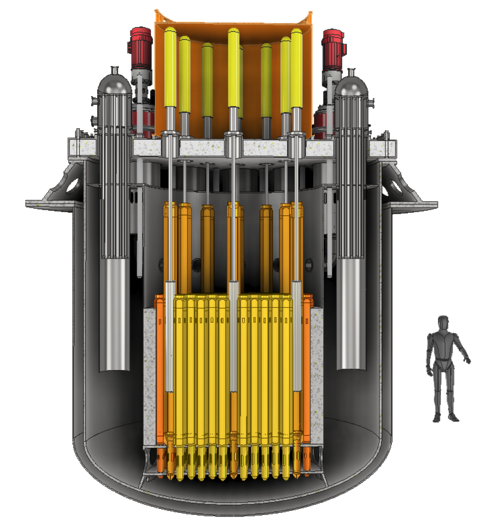 The Swedish Energy Agency (SEA) said mid-February that it has granted support to two innovative projects that may have an impact on future energy systems, both nationally and internationally.

Both initiatives support innovative solutions, which by demonstrating and evaluating them could  be scaled up and disseminated to speed up energy conversion.

“In the last two years, we have seen how electrification has taken off in earnest. Now we also see an increased interest in investments in fossil-free electricity production that may be necessary for our national transition, but also an opportunity to export solutions to meet the global climate challenge,” said Rémy Kolessar, head of the Swedish Energy Agency's research, innovation and business development department.

In the Solstice project, an electrically heated pilot plant at scale 1:56 of SEALER, a lead-cooled small modular reactor (SMR), will be tested and demonstrated in Oskarshamn. The technology can eventually be developed into a cost-effective fossil-free base power and thus contribute to facilitating electrification for a transition to a fossil-free society, not least on a global level, SEA noted.

Because the solution can also produce hydrogen with high efficiency, which is stored at times when the electricity demand is greater than the electricity production, it enables increased flexibility and stability in the electricity system. The project is a collaboration between Swedish Modular Reactors, Blykalla Reaktorer Stockholm, Sydkraft Nuclear Power/Uniper and researchers from the Royal Institute of Technology in Stockholm.

As to the solar park, this is being developed by Solkompaniet, together with Krafthem and Solgrid based on controllable inverters, batteries and ultracapacitors connected to innovative AI-powered control systems. The components are available today but they have not been configured, tested and demonstrated in a solar park on a larger scale before. Solkompaniet and Krafthem will develop a ready-made concept for a smart solar park, containing both hardware and software.