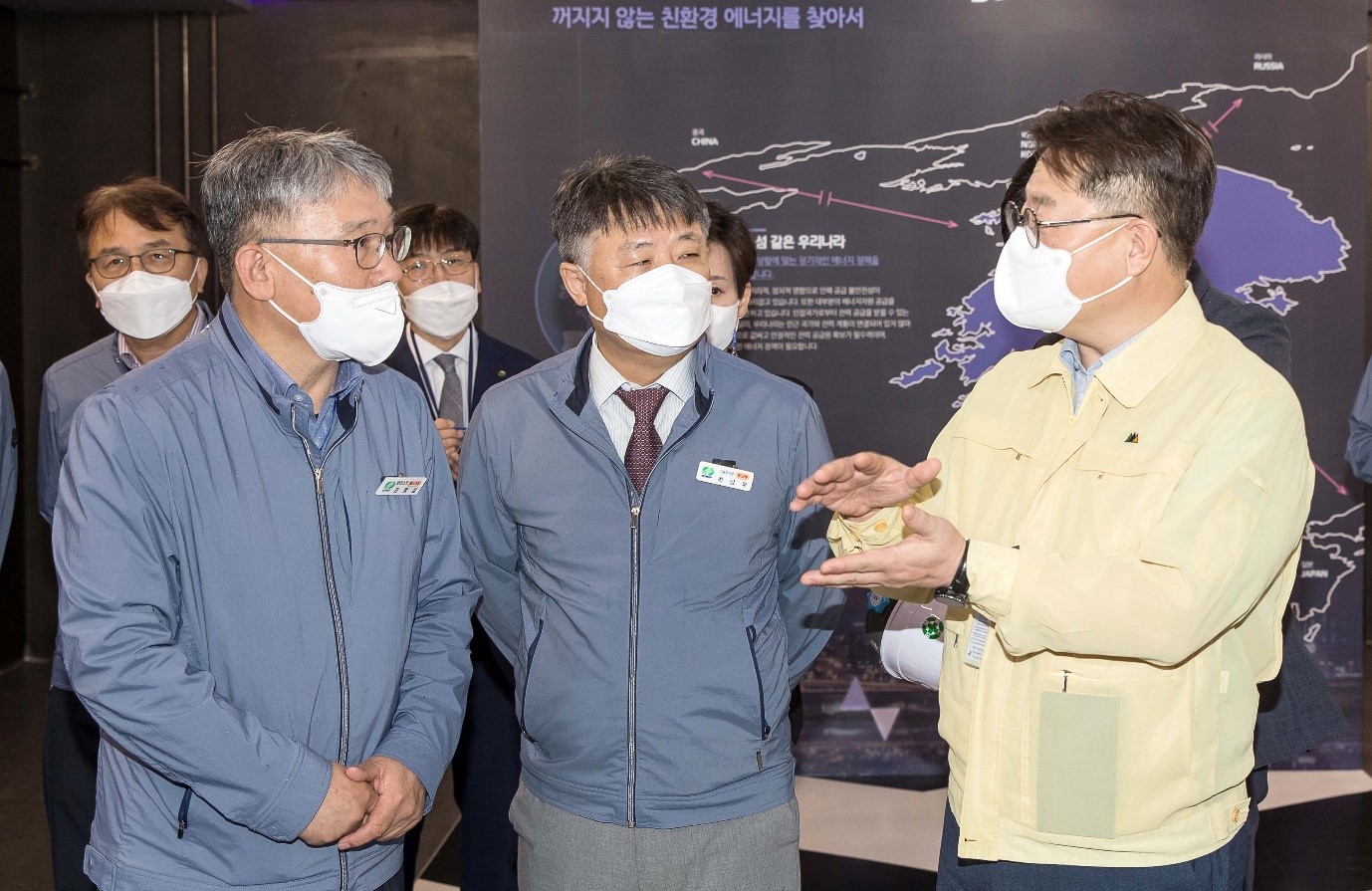 South Korea’s Trade, Industry and Energy (MOTIE) 2nd Vice Minister, Park Il-jun, visited the Hanul NPP in Uljin, Gyeongbuk on 18 July to inspect the trial run of Shin Hanul 1, which began on 15 July. Shin Hanul 1, the first if four APR-1400 reactors being built at the site, was connected to the grid in June. He also assessed the construction progress of Shin Hanul 3 and 4, where work was suspended in 2017. The 1350MWe pressurised water reactor at Shin Hanul 1 is scheduled to enter commercial operation in September, followed by unit 2 in September 2023.

According to MOTIE, the overall construction of Shin Hanul units 1&2 was 99.13% complete at the end of June. South Korea's government recently announced a new energy policy that aims to maintain nuclear's share of the energy mix at a minimum of 30% by 2030, reversing former President Moon Jae-in's nuclear phase-out policy and calling for the construction of Shin Hanul 3&4 to resume.

Image: Park Il-joon, 2nd Vice Minister of Trade, Industry & Energy visits the Shin-Hanul plant to inspect the test operation of unit 1 and the preparations for construction of units 3 and 4 (photo courtesy of MOTIE)