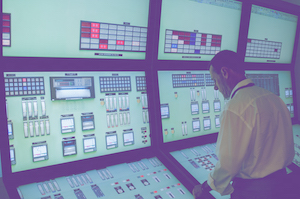 Spain’s Tecnatom announced that the Norwegian Institute of Energy Technology (IFE) had awarded it a contract for the development and supply of a simulator based on SMR technology.

“Small Modular Reactors (SMRs) are positioning themselves as a viable technology in the medium term for the decarbonisation of energy systems. Its modular design allows mass production that would greatly reduce production costs, while its advanced fuel cycles will allow a more efficient use of natural resources, which could supply electricity demand for centuries,” Tecnatom noted. “For this reason, many countries are betting on these technological developments.”

IFE already uses the i-PWR simulator, which Tecnatom developed and supplied to the International Atomic Energy Agency (IAEA) some years ago, which can be downloaded for free from the IAEA website. “Although up to now this free simulator had covered their needs, they opted for the development of their own simulator not only to validate their HFE (Human Factors Engineering), but also to manage and train multi-event sessions of a simulator of up to 12 units.”

The scope of the project includes a simplified and configurable simulator, with a variable number of units based on generic SMR designs. This simulator will allow IFE to carry out research associated with operation and monitoring in a multi-unit control room, with highly automated control systems. Additionally, the simulator will also allow the development of studies associated with cybersecurity .

This simulator will allow all the phenomenology that occurs in each of the selected units to be simulated in real time , not only under normal operating conditions, but also in anomaly and emergency scenarios, as well as in multi-unit events. The simulator will communicate with different operating and monitoring interfaces (man-machine interfaces) and will be able to transfer all the necessary variables to these monitoring systems to test their designs, as well as the response of the operating personnel.

Tecnatom said it “is positioning itself as an ally in projects related to the development of SMRs, both in the area of HFE and simulation”.  In recent years, Tecnatom has supplied simulators for various purposes and scopes to customers in Europe, Asia and America.