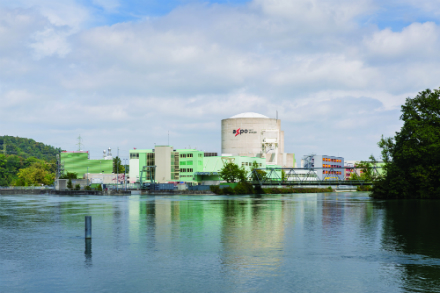 Switzerland’s Federal Council on 6 November adopted the third revision of the Decommissioning and Disposal Fund Ordinance (SEFV), which reduces the real yield of the two funds from 2.0% to 1.6%, sparking objections from the three operators of Switzerland’s four nuclear plants.

The two funds were set up in 1984 to cover the costs of decommissioning and dismantling Switzerland's nuclear plants at the end of their useful life, together with the costs of disposal of the waste. The owners of the five reactors, as well as the central intermediate radioactive waste repository, are required to pay contributions. In Switzerland, producers of radioactive waste are responsible for its safe disposal.

The reform is due to take effect at the beginning of January 2020. In addition, reducing the yield of the two funds, also abolishes a 30% safety margin. The three operating companies said the reform will lead to additional costs. Alpiq in a statement that the revision “signifies a deterioration in framework conditions for the viable operation of Switzerland’s nuclear power plants”. It added: “It spells additional costs, will tie up funds for decades as well as marginalise the operators in the fund management bodies.” While accepting that elimination of the 30% safety margin was “logical” Alpiq said reducing the yield of the funds “ will result in the operating companies having to pay significantly more into the funds over the next few years”. This “will also increase the financial resources required by the partner power plants”.

Axpo said that, in the short term, the revision “can lead to additional payments into the funds of up to CHF 250 million ($250m). “Axpo feels obliged to adjust the parameters of its provisions for post-operation, decommissioning and disposal of the Beznau nuclear power plant. The financial effects of this adjustment on the operating result are currently being determined; they should be in the high two-digit million range.” Axpo said the Federal Council had disregarded the result of the consultation, “in which a clear majority of the cantons had spoken out against the present revision”.

BKW said is considering taking legal action against the revision, which, it said, “burdens nuclear power plant operators with millions in additional fund contributions – with no increase in safety, with a commitment for decades and with no opportunity of refund in the event of surplus coverage of funds”. It added that companies “will lack the means to restructure the Swiss energy system, which voters have called for”. For the Mühleberg nuclear plant alone, the additional contributions would be about CHF100 million, BKW said. While welcoming the decision to cut the 30% flat-rate safety surcharge, BWK questioned the wisdom of reducing the yield from the funds, which had “performed well” since their establishment. “It regrets the Federal Council’s failure to consider the numerous reservations against the amendment raised in the consultation process.”

All three companies say the extra costs will be in the tens of millions of francs range. The government put the figure at CHF88 million per year for each company. The energy ministry in 2018 announced that the costs of decommissioning the nuclear plants and dealing with radioactive waste will be more than CHF1billion above previous estimates.