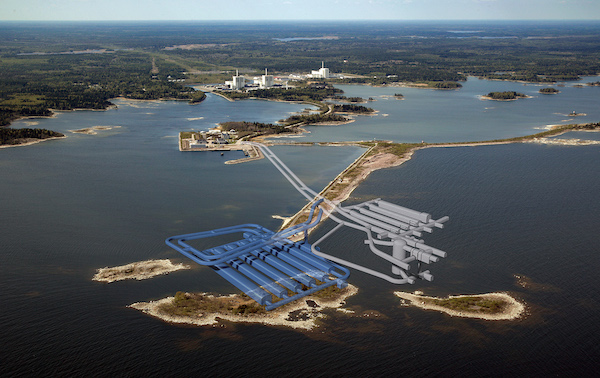 The Swedish government on 22 December approved SKB’s application to extend the final repository for short-lived radioactive waste (SFR) in Forsmark. The facility needs to be extended to accommodate decommissioning waste from Swedish nuclear power plants.

“It is an important and anticipated decision. We are proud to be entrusted with this and are ready to shoulder the task of extending the SFR. The Government’s decision creates long-term conditions for both the sector and society when the decommissioning waste can be disposed of in a safe and secure manner,” said SKB Managing Director Johan Dasht.

An application for a permit to extend SFR was submitted in 2014 and approved by the Swedish Radiation Safety Authority and the Land and Environment Court in 2019. In April 2021, Östhammar Municipality also approved the extension. Following the government decision, the matter is referred back to the Authority and the Court.

“We’re now looking forward to the Swedish Radiation Safety Authority and the Land and Environment Court setting out the conditions for an extension so that we can get started. We expect the actual extension to take about six years to complete,”  Dasht added.

The SFR is part of SKB’s final repository system, which is one of Sweden’s most extensive environmental protection projects. Short-lived operational waste from the Swedish nuclear power plants and radioactive waste from medical care, industry and research are already stored in the existing facility. When the extension is completed, the facility will have a total storage capacity of about 180,000 cubic metres.

SKB has submitted an application to the Government for a licence to build a final repository for used nuclear fuel in Forsmark and an encapsulation plant in Oskarshamn. The Government decisions on this matter will be made on 27 January. “A decision on the nuclear fuel repository also gives Sweden conditions for comprehensive management and final disposal of the country’s radioactive waste. Now we’re looking forward to the Government revisiting this matter, Dasht noted.

SKB’s large projects entail investments of about SEK9 billion ($989m) and will create about 1500 jobs.

Photo: Illustration of the existing SFR with the extension in blue (Photo: SKB)