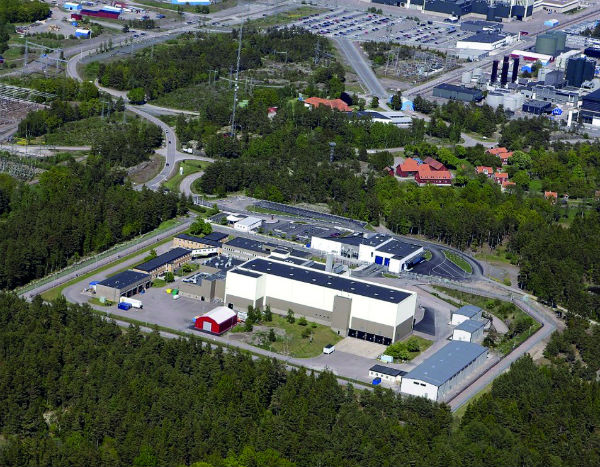 Sweden's government said on 26 August that it had approved plans to expand the intermediate nuclear storage facility in Oskarshamn, "The government decided today to allow an expansion of capacity at CLAB," news agency TT reported citing Environment Minister Per Bolund. Utilities Vattenfall, Uniper and Fortum, which operate Sweden’s power reactors, warned earlier in August that the Clab storage facility for used fuel would soon be full.

Clab, the Central Interim Storage Facility for Used Nuclear Fuel, located at Simpevarp about 25 kilometres north of Oskarshamn, is where all used nuclear fuel from Sweden’s NPPs is kept while waiting for the final repository to begin operating. Sweden currently has three operating NPPs with a total of six reactors - Ringhals in Halland with two reactors, Forsmark in Uppland with three ASEA BWRs, and Oskarshamn in Småland with one BWR reactor. In addition six reactors have been closed for decommissioning – Ringhals 1 closed earlier this year; Barsebäck 1&2 closed in 1999 and 2005; and Oskarshamn 1&2 closed in 2016 and 2017.

Initially used fuel is stored at the NPP, but after about a year it is moved to Clab. During interim storage it is kept in deep storage pools about 30 metres below ground in the rock. Covering the fuel with eight metres of water shields against radiation and cools down the hot fuel. In time the radioactivity wanes and the fuel will therefore be easier to manage when disposed of finally in the Used Fuel Repository Svensk Kärnbränslehantering AB (SKB) plans to construct at Forsmark.

Today there are close to 7,300 tonnes of used fuel in interim storage in the facility. It is monitored and checked continuously. Shortly after 2000 the facility was extended. Today it has a permit for the interim storage of a total of 8,000 tonnes. At the beginning of 2015 SKB applied for a permit from the authorities to store up to 11,000 tonnes to ensure that Clab will not be full before the Spent Fuel Repository at Forsmark is commissioned.

SKB had also submitted applications to build Sweden's first nuclear fuel repository and the encapsulation plant to the Radiation Safety Authority (SSM) in March 2011. The integrated facility - the encapsulation plant and the Clab interim storage facility - is referred to in SKB's application as Clink. It concerns disposal of 6,000 capsules with a total of 12,000 tonnes of radioactive waste at a depth of about 500 metres. Sweden has still to decide on long-term storage of nuclear waste. Bolund said this could take several months more.