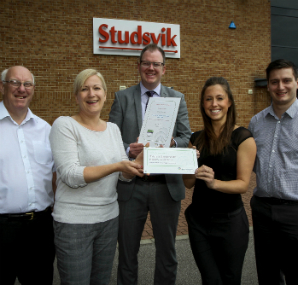 Fuel research and waste treatment firm Studsvik has announced plans to implement a redundancy program in the Waste Treatment operation.

It said that the programme will include a 'number' of redundancies in Sweden and in the UK. The details will be established in consultation with employees and employee representatives.

The waste treatment operation is primarily responsible for volume reduction and stabilization of low- and intermediate-level waste before disposal, at facilities near Nyköping, Sweden and Workington, Cumbria, UK.

It said that efficiency at the sites is increasing while supply of material for treatment is temporarily declining as a consequence of delayed dismantling of nuclear facilities across Europe.

Studsvik said that it will continue to play a full part in the European waste treatment market from both its Swedish and UK facilities.
Financial performance in Studsvik's other businesses, fuel and materials technology and consultancy services, were all up in the quarter to end September, compared with the same quarter in 2013.

Picture: Studsvik UK recently received an award for promoting the well-being of its workforce from healthcare provider SimplyHealth