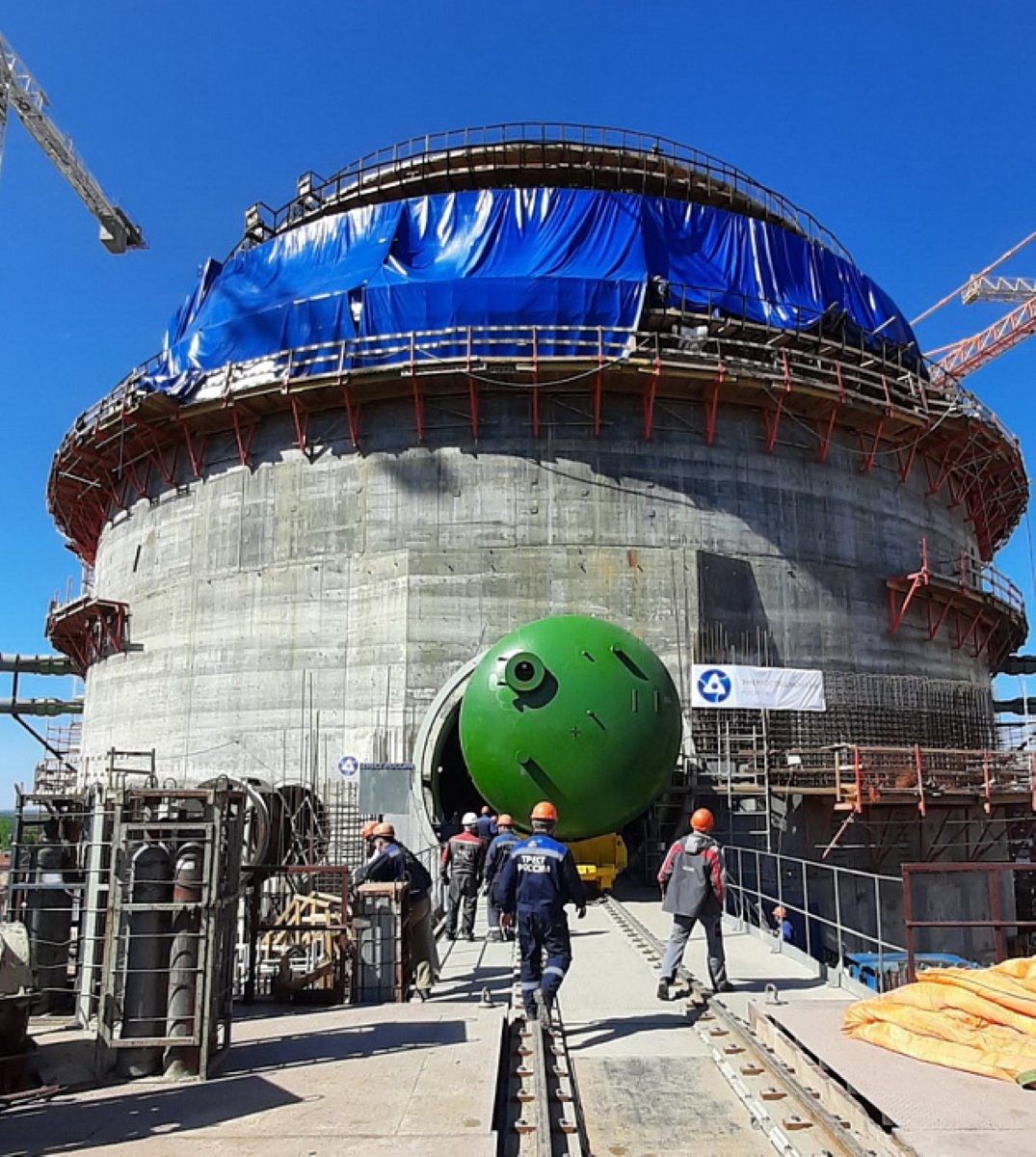 The installation of the steam generator was carried out by Rosatom through the opening for the transport lock. First, the equipment weighing 355 tons was delivered by a Liebherr crane to the transport portal, loaded onto a transport trolley and delivered inside the reactor compartment. Then, with the help of a polar crane, it was installed in its designated place.

Kursk-II is a replacement station for the current Kursk nuclear plant. Commissioning of the first two units with the new design VVER-TOI reactors will be synchronised with the decommissioning of the RBMK reactors at Kursk 1&2 of the operating plant. Kursk 1 of the existing plant was permanently closed down in December 2021.

“The VVER-TOI project uses a new layout of steam generators in a containment area - they are located parallel to each other. This makes it possible, firstly, to use steam generators of greater length with a constant inner diameter of the hermetic shell (44 m), and secondly, to significantly simplify the design of the containment where the reactor plant is located and reduce the volume of concrete, thereby reducing the construction time by about 20%,” explained Alexey Volnov, chief engineer of Kursk NPP-II.

The length of the steam generator for the VVER TOI at Kursk-II has been increased by one metre to 15 metres. In addition, the equipment is characterised by increased steam capacity - 1652 tons per hour compared with 1602 tons per hour for a VVER-1200 reactor.

Earlier, other elements of the primary circuit were already mounted on the block. The spherical casings of the main circulating pump units, a pressure compensator, as well as passive protection components were installed: hydraulic tanks of the core cooling system (ECCS) and tanks of the reactor passive core flooding system (SPZAZ).