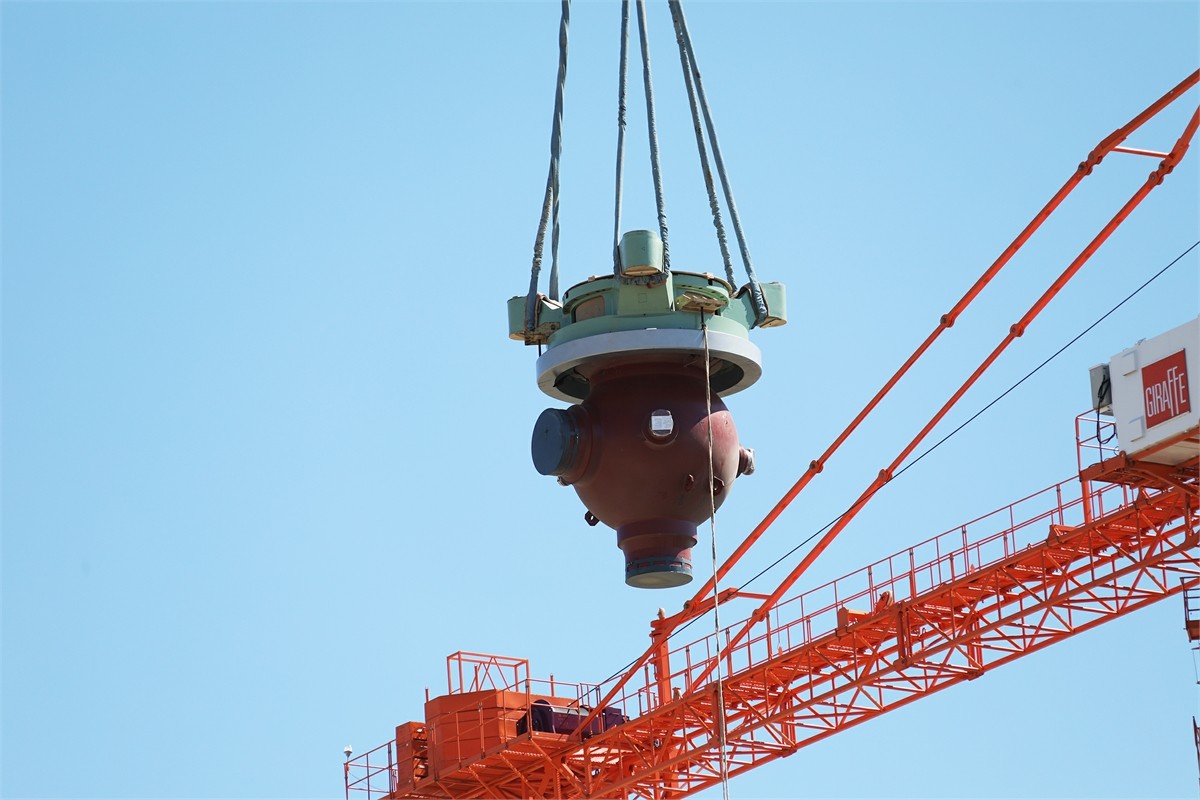 In the reactor building of unit 2 at Russia’s Kursk-II NPP, all four spherical casings of the main circulation pumps (MCPs) have now been installed, Rosatom’s engineering division has announced. The MCP ensures the circulation of the coolant heated to a temperature of 300°C.

“The model of the main circulation pumps in the VVER-TOI project is unique,” explained Alexey Volnov, Chief Engineer of Kursk NPP-II. “For the first time in the history of Russia’s nuclear power industry, water lubrication of the pump and motor bearings is being used, which makes it possible to exclude the presence of oil in the hermetic shell of the reactor building. This has significantly improved fire safety.” Kursk-II is the world’s first NPP to have new Russian-designed VVER-TOI reactors.

During the operation of the NPP, all four main circulation pumps will operate at a pressure of about 16 MPa, which is 160 times higher than normal atmospheric pressure. Within an hour, the unit is capable of pumping about 22,000 cubic metres of water - enough to fill ten Olympic pools.

“Installation into the design position of each RCP vessel weighing 53 tons was carried out using the “open-top” method - when the equipment is supplied to the containment area directly through the open top of the reactor building. All four units are mounted at around 14.5 metres. The installation was carried out by specialists from Energospetsmontazh JSC, a branch of MSU No 5,” said Aleksey Buldygin, Head of the Capital Construction Department at Kursk-II.

All hulls of the MCP have passed strength tests. In the process of hydrotesting, which was carried out at the manufacturing plant, the body of each main circulation pump unit was filled with specially purified water, heated to the hydrotesting temperature and at a pressure of 24.5 MPa, which is one and a half times higher than the working pressure, and held for 10 minutes.

Image: Installation of one of the four spherical casings of the main circulation pumps at unit 2 of the Kursk-II NPP (photo courtesy of Kursk NPP)