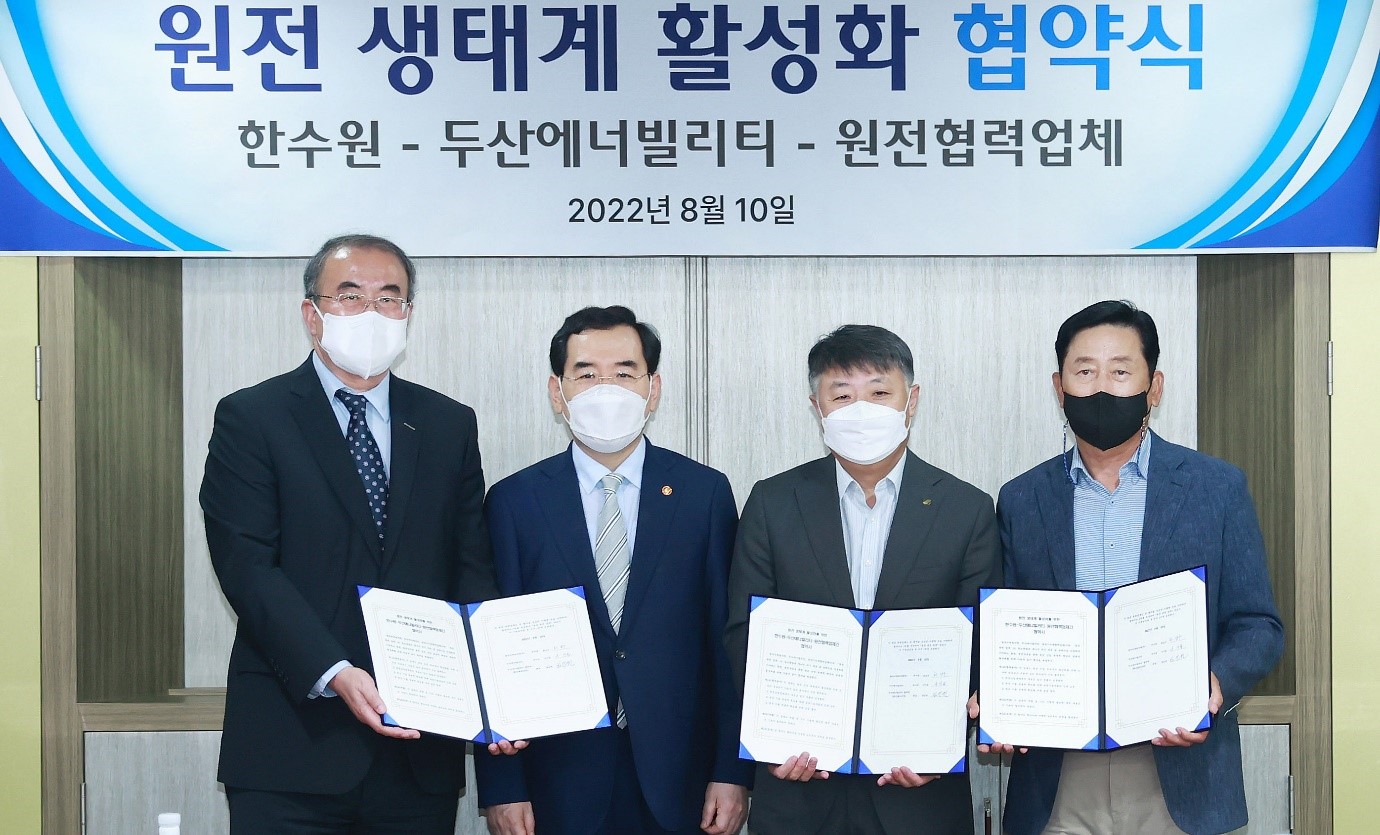 South Korean Trade, Industry and Energy Minister Lee Chang-yang has visited Changwon in South Gyeongsang Province to attend a Nuclear Energy Industry Business Conference and to give an update on progress thus far following the previous conference held in June.

During the Conference a memorandum of understanding (MOU) was signed between Korea Hydro & Nuclear Power (KHNP), Doosan Enerbility, and nuclear energy industry’s equipment and materials manufacturers with the aim of revitalising the industry ecosystem.

The MOU seeks to raise competitiveness through mutual growth, through which further goals such as carbon neutrality, energy crisis response and power supply stabilisation will be addressed. Korea’s nuclear energy industry will endeavour to win projects, and participate in joint technology development, personnel exchanges and export expansion.

Some KRW130.6 billion ($100.2m) worth of new projects are to be won by the end of 2022, with bids amounting to KRW86.2 billion already opened, with the remaining projects likely be confirmed by October. For financing, funds and special guarantees amounting to KRW100 billion have been in operation since July for nuclear energy companies, and evaluation of 60 companies’ applications is underway. For R&D, a KRW670 billion R&D fund will be launched this year by the Ministry of Trade, Industry and Energy (Motie), Ministry of Science, Information and Communications Technology and KHNP. In addition, KRW21.5 billion worth of R&D funds will be reserved for small and medium businesses.

As nuclear energy companies are concentrated in Changwon, the Ministry is considering the idea of designating the area as an Energy Industry Convergence Complex, where R&D benefits, local investment subsidies and tax cuts could stimulate the region’s growth. South Gyeongsang Province is currently preparing the application process.

As to exports, the Ministry will launch a committee on nuclear energy exports strategy shortly to optimise the export potential of existing power plants and materials, and ultimately create an ecosystem generating a steady stream of new projects.

During the conference, Lee stated that the Government will make every effort to revive the nuclear energy industry ecosystem and build global competitiveness. Motie plans to facilitate close communication with corporations and incorporate their needs into policy programmes.