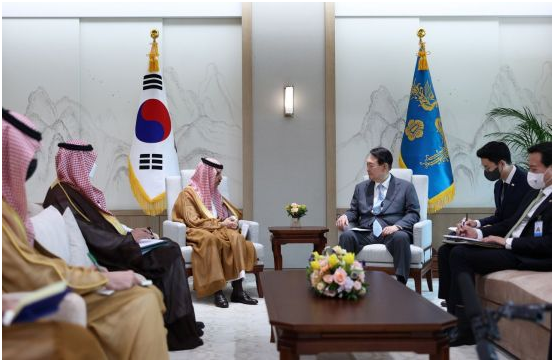 The Korea Institute of Nuclear Safety (KINS) on 26 July signed a $2.32 million contract with the Nuclear and Radiological Regulatory Commission of Saudi Arabia to provide regulatory support for the 30kW research reactor designed by INVAP of Argentina that has been under construction since November 2018. KINS will provide assistance regarding the reactor in terms of licensing guidelines and regulatory procedure development for the trial run and operational stage.

The contract is expected to lead to more bilateral cooperation. Saudi Arabia is planning to launch a nuclear power plant construction project and bid invitations were sent in May to South Korea, France, China and Russia. A possible obstacle to further cooperation, however, is that Saudi Arabia has not signed an Additional Protocol as part of its safeguards arrangements with the International Atomic Energy Agency (IAEA), although it is a member of the Nuclear Non-Proliferation Treaty (NPT).

Currently the Saudi nuclear programme is monitored under the Small Quantities Protocol (SQP), an agreement with IAEA that exempts less advanced states from many reporting obligations and inspections. However, as soon as Saudi Arabia introduces nuclear material into its research reactor, this would void the SQP and its exemptions from regular safeguards.

IAEA Director General Rafael Grossi said in 2020: “So it is obvious that when they upgrade their activities including by the introduction of nuclear material in the kingdom, then we will have to have a stronger safeguards system.” IAEA is urging Saudi Arabia to therefore sign an Additional Protocol, which provides for tougher checks including snap inspections at undeclared locations.

South Korea, like other key nuclear suppliers, has refused to export NPPs to countries outside the protocol, and this principle was reconfirmed at the KORUS summit in May. South Korea’s APR-1400 reactor was developed based on US source technologies, and its export is restricted under Section 123 of the US Atomic Energy Act of 1954.