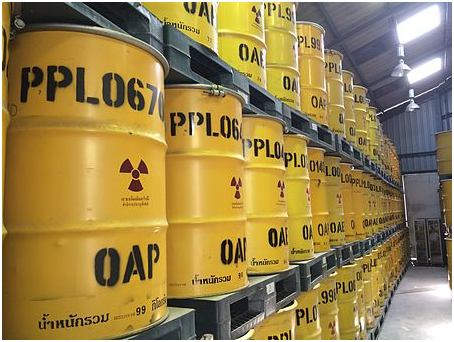 South Korea’s Ministry of Trade, Industry and Energy has announced that the government would invest KRW1,400 billion ($1bn) in R&D related to the transport, storage and disposal of used nuclear fuel. According to the ministry, interim storage facilities will be prepared by 2043 after the initiation of disposal site selection scheduled for next year. The target year for permanent disposal facility preparation is 2060. The newly announced investment is to ensure a safe disposal by technological R&D as a part of the plan.

“South Korea’s technological level in terms of high-level radioactive waste management compared with those of the United States, Sweden and Finland is 84% in transport, 80% in storage, 62% in site and 57% in disposal,” the ministry explained, adding, “The investment will include KRW500 billion for an underground research facility construction.”

The R&D plan will be refined in cooperation with the OECD, the International Atomic Energy Agency and leaders in the field such as Finland and France, the ministry said. “We are planning to accelerate the preparation of a special law proposal regarding competent agency establishment, incentives for waste disposal regions, etc.,” it explained.

Image: The South Korean government will invest $1bn in R&D related to the transport, storage and disposal of spent nuclear fuel