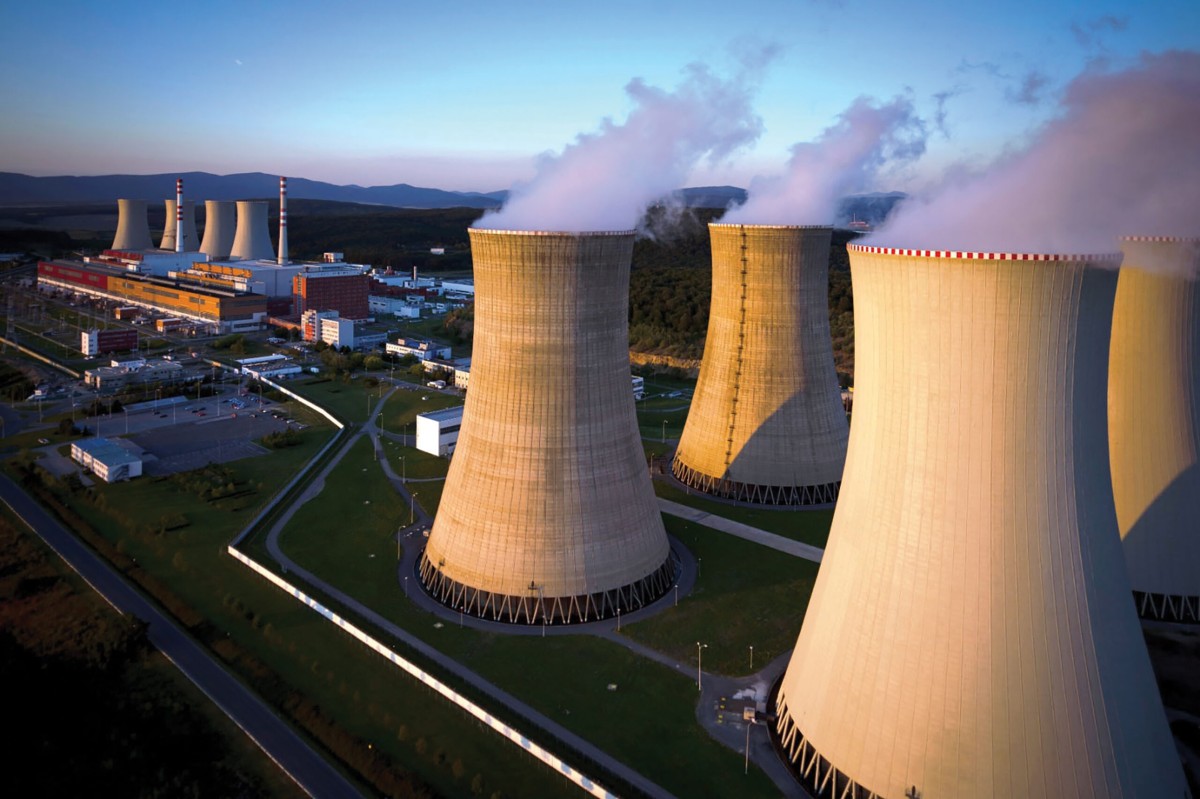 The Nuclear Regulatory Authority of the Slovak Republic (ÚJD - Úrad jadrového dozoru) has announced it has issued “authorisation for commissioning unit 3 at the Mochovce NPP, authorisation for radioactive waste, used nuclear fuel and nuclear material handling, and the permit for early use of the building”.

Construction of the Mochovce nuclear plant began in 1982, and the first two VVER-440 units were commissioned in 1998 and 1999. Construction of the second phase of the plant (Mochovce 3&4) started in 1986, but was frozen in 1992 in the wake of the Soviet collapse. Work resumed in 2009 but was suspended again after the 2011 Fukushima accident for upgrading to comply with new safety requirements. The project saw further delays due to financial problems and difficulties meeting regulatory requirements. As a result costs have doubled. In 2009, the aim was to have both units in operation by 2013, at a total cost of €2.8 billion ($3.4bn). This estimate was increased in 2020 to about €6.2 billion.

Plant operator, Slovenské elektráne (SE) in December 2016, applied for licences to commission units 3&4, to receive the necessary fresh fuel and to operate radioactive waste storage facilities as 'early use' commissioning activities. However, ÚJD identified deficiencies in the applications "caused by the state of readiness of the Mochovce 3 and 4 nuclear facility to perform the required tests and to document their results". SE took until February 2018 to resolve these issues. The Slovak state owns 34% of SE, while Slovak Power Holding, a joint venture between Italy’s Enel and Czech energy group EPH, owns the remainder. EPH has the option to buy out Enel once Mochovce 3&4 are complete. Financial difficulties faced by Enel had contributed to the project delays.

To further complicate the situation. ÚJD received an appeal against its decisions from Austrian anti-nuclear group Global 2000, requiring re-examination of those decisions. ÚJD rejected the appeal but further delays resulted. Global 2000 again raised objections when ÚJD published a positive draft decision on commissioning Mochovce 3 in February 2020 and when it issued commissioning permits in May 2021, leading to further extensive inspections. In January 2022, ÚJD announced a draft decision to uphold the May 2021 decision declaring all avenues for appeal exhausted. This was confirmed in the 25 August decision permitting Mochovce 3 to begin operating.

"Readiness of the reactor for the first fuel assembly loading and the beginning of active tests had to be demonstrated comprehensively by the investor in all areas considered, from the completion of construction objects, through the completion of the installation of technological systems, successful verification of project functions by the series of inactive system and integral tests, removal of identified deficiencies and shortcomings, securing fire and radiation protection, environmental protection up to preparedness staff and operational documentations," ÚJD said.

The decision will enter into force after 15 days. "From the legislative point of view, the loading of fuel, which begins the commissioning of nuclear installation, is possible on the day of the entry into force of the issued decision," ÚJD said. The physical launch of the reactor will begin once fuel loading has been completed, Mochovce plant director Martin Mráz noted. The nuclear fuel for the reactor is already prepared in the fresh fuel storage.

"After its completion, the stage of energy start-up follows, when the power of the reactor is gradually increased. We need roughly 18 weeks to achieve 100% performance," he said. The commissioning phase ends after all physical and energy start-up tests have been carried out, with a 144-hour demonstration run at full power. The reactor will start supplying electricity to the grid after synchronisation with the grid, which will happen at 20% nominal power.

However, ÚJD Chairwoman Marta Ziakova indicated there could still be some further delays. She told Radio Slovakia that test runs of the unit and putting it into operation will last at least four months. “If something needs to be repeated or is slowed down it will take some more months”, she warned.

SE said the commissioning decision came after a number of technical inspections and tests of all systems and equipment, which demonstrated readiness for putting the nuclear facility into operation. "The launch of the nuclear unit is an important milestone, it is great news for our company and for Slovakia. Especially now, at the time of the energy crisis," said SE CEO Branislav Strýcek. "The third unit of Mochovce and our people are ready for the launch. We will start loading the fuel into the reactor immediately after this permit becomes valid."

SE noted that the readiness of unit 3 for operation was also checked by inspections of the International Atomic Energy Agency (Pre-OSART mission and the World Association of Nuclear Power Plant Operators. Mochovce 3, with an installed capacity of 471MWe, will cover approximately 13% of Slovakia's total electricity consumption. After it begins operation, Slovakia will become self-sufficient in supplying the country with electricity, SE said. The Ministry of Economy noted that the start-up of Mochovce unit 4 “could be put into operation in approximately 21 months, i.e. in the spring of 2024."

Prime Minister Eduard Heger said Slovakia had waited a very long time for the start Mochovce 3, but he emphasised that safety comes first. However, he noted that the launch of the new unit was timely “because we are facing a major energy crisis”. He added that Slovakia would increase its nuclear share of electricity from a 52% to 65%.