Sizewell B outage will extend into summer 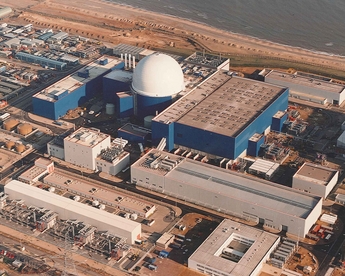 The UK's only PWR will remain offline for at least the rest of June, according to British Energy. The 1250MW Sizewell B station was taken offline on 17 March because of high moisture levels in the containment building.

Sizewell B PWR in Suffolk, UK

British Energy said that it would return to service in the July-September period, but did not specify in more detail. It also said that the total power loss as a result of the outage was between 4-6TWh. Assuming an 85% load factor, the average of its 2006/7 and 2007/8 fiscal year performance, the last years for which data is available, the unit would come back on line some time between early July and late August.

The fault experienced is related to an electrical heater in the pressuriser for the reactor coolant circuit. Although BE reported in April that it would be able to use repair techniques used at similar power stations, that has not proved to be the case. Detailed inspections have shown that the existing repair techniques will need to be developed further before being deployed.

In May, BE reported that specialist inspection equipment has been built and is being used on a replica of the relevant parts of the pressuriser. "This will enable a team of experts from EDF Energy, and our contracting partners from Europe and America, to complete the repair work using a tried and tested plan," it said.

It also said: "Using bespoke designed electronic remote equipment, video footage has been taken of the pressuriser which enables us to examine parts of the component in the smallest detail."

In June, BE said that the scope of the required repair work has now been agreed and will involve removing a number of failed heaters from the pressuriser. Two repair techniques are being developed and the timing of the return to service of the station will depend on which technique is eventually chosen to be deployed.

The event has been rated zero on the INES safety scale, and has no safety significance.