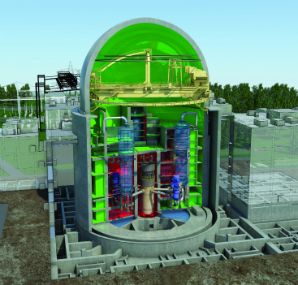 Turkey and Japan have signed an intergovernmental agreement that could lead to the construction of a new nuclear power plant in Sinop.

Mitsubishi Heavy Industries has announced that the deal gives Japan preferential negotiating rights at the site, and as a result that it would 'accelerate its involvement', according to a statement.

During an official visit to Turkey on May 3 Japanese Prime Minister Shinzo Abe met with Turkish Prime Minister, Recep Tayyip Erdogan, to discuss the Sinop NPP project. Out of this meeting the two governments agreed to cooperate in promoting the project and developing related industries. The deal for a four-unit reactor is reportedly worth $22 billion.
The Sinop site, on a peninsula stretching into the Black Sea, is the second nuclear project planned in the country after the Russian-led Akkuyu project on Turkey's west coast on the Mediterranean Sea.

The reactor designated for Sinop is ATMEA1, a mid-size 1100 MWe Gen III+ PWR developed by ATMEA, a Paris-based joint venture of MHI and France's AREVA established in 2007. Work will be performed by an international consortium that will include, in addition to MHI, Japan's ITOCHU Corporation, France's GDF SUEZ and the Turkish Electricity Generation Company Incorporated (EUAS). Inauguration of the NPP's first unit is targeted at 2023, when Turkey will celebrate its centennial anniversary as a republic.

GDF Suez said that its contribution will begin with feasibility studies for the site, followed by a thorough assessment of the pre-conditions from a financial, business, legal and regulatory perspective. GDF SUEZ operates the Baymina (770 MW) and Uni-Mar (488 MW) power plants and the Izgaz natural gas transmission network.