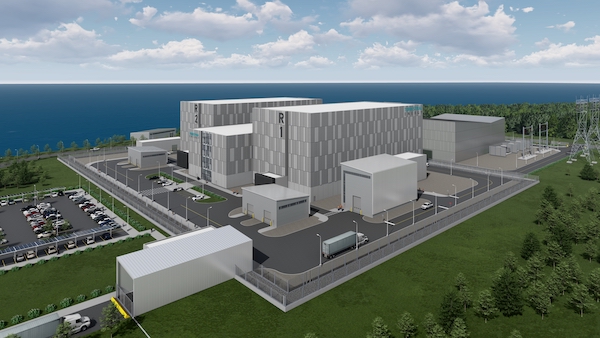 Canada’s Terrestrial Energy and Siemens Energy Canada on 30 November signed a contract for the manufacturing and supply of steam turbines and other balance-of-plant equipment, such as transformers, switchgear, and motor drive systems, for Terrestrial’s Integral Molten Salt Reactor (IMSR), a Generation IV nuclear power plant.

Terrestrial said the IMSR generates steam for power generation at standard utility class temperature and pressure, and from systems that are isolated from its nuclear reactor. This not only drives a transformative 50% improvement in the economics of nuclear power generation, but it also simplifies engineering challenges by enabling procurement of standard utility steam turbines. In turn, this facilitates design readiness and early power plant deployment schedules. This approach eliminates the complex, costly and lengthy development schedules of highly customized turbines required by non-Generation IV reactor technologies for power generation such as BWR technology, all of which are use low temperature and non-standard industry steam supply.

Siemens Energy is a global leader in the supply of utility steam turbines to the electric power sector with a fleet of more than 60,000 steam turbines operating worldwide. “Partnering with Siemens Energy to supply these key power plant components underscores the readiness of our Generation IV power plant design and its superior economics over SMR power plant designs that use Generation III reactor technologies,” said Simon Irish, CEO of Terrestrial Energy. “Its superior thermal efficiency and economics will be key to SMR success in a completive global market seeking a clean energy alternative to fossil fuels.”

Terrestrial Energy’s IMSR is one of three Small Modular Reactor (SMR) power plant designs under consideration for deployment at Ontario Power Generation’s Darlington Nuclear Generating Station. It is one of two Generation IV SMR technology candidates under consideration by OPG, and the only Canadian SMR technology candidate. The others are both US designs- the BWRX-300 being developed by BWXT Canada and GEH and X-energy's Xe-100 high-temperature gas-cooled reactor.