Russian accident tolerant fuel to be tested next year 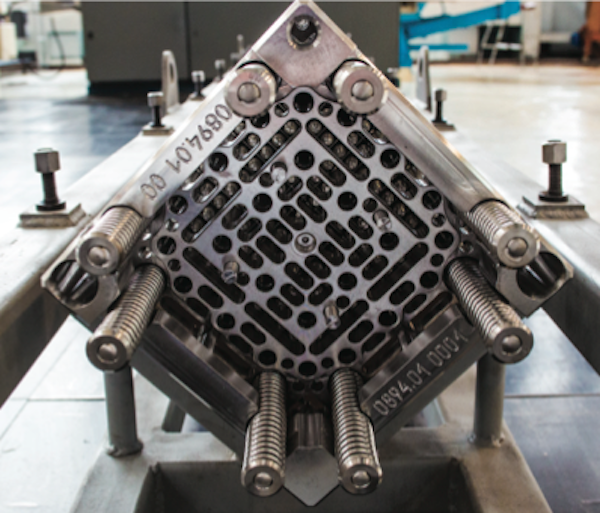 Russia’s fuel company TVEL is developing accident tolerant fuel (ATF) for light water reactors and plans to begin testing it in late 2019, according to Kirill Komarov, first deputy general director of state nuclear corporation Rosatom. "The basis of all these developments are technological solutions in the field of materials science, related to zirconium and a variety of other materials, the alloy of which will enable the fuel to be extremely durable and resistant to any type of exposure, " he said on 18 July.

Developments include both new fuel rod claddings and new fuel matrices. The application of a heat-resistant coating based on chromium for fuel rod claddings is one of the options studied. This will prevent the contact of zirconium with the coolant in the primary circuit and so reduce the amount of hydrogen that could be generated in the event of a severe accident. This is the most advanced version and Tvel hopes it can be offered to customers in the near future, following completion of tests, including reactor tests at the Research Institute of Atomic Reactors (NIIAR) in Dimitrovgrad.

The second solution under development is the use of the 42HNM alloy. The main advantage of this option is the complete elimination of zirconium from the core. The cross sections for neutron capture in the thermal spectrum of the isotopes included in the alloy 42??? are higher than in zirconium. But the mechanical properties of the alloy mean the thickness of cladding can be reduced.

The third development is associated with a change in the fuel matrix, using uranium-molybdenum uranium dioxide fuel. This will increase the density of the fuel matrix and so increase the uranium capacity of the fuel assembly. The thermal conductivity of uranium-molybdenum fuel is making it possible to reduce the amount of heat accumulated in the active zone and to reduce any energy release in the event of a violation of operating conditions.

Tvel is also working on the use of composite materials as shell materials, according to company vice-president Alexander Ugryumov. These include silicon carbide, which has a smaller capture cross-section compared with zirconium alloys. In addition, it is resistant to corrosion in the conditions of the coolant of the primary circuit. However,  the fragility of this material and the sealing of shells of silicon carbide remain problematic.