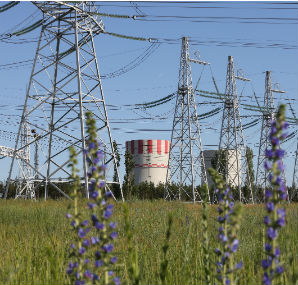 The world’s first Generation 3+ nuclear reactor began commercial operation on 27 February at unit 1 of Russia’s Novovoronezh II NPP (also known as Novovoronezh 6). The 1114MWe VVER 1200/392M pressurised water reactor   was connected to the national grid on 5 August 2016.  Power levels were then gradually increased as part of the operational testing phase. Full power was reached in October 2016. Before issuing the licence for commercial operation, nuclear regulator Rostechnadzor carried out a series of tests confirming the unit’s compliance with the national regulatory framework. The tests were completed on 23 February 2017 after 15 days of operation at 100% power.

The VVER-1200 incorporates a number of improvements that considerably improve its economic parameters and safety in comparison with earlier designs. The life cycle of the main equipment, such as the reactor pressure vessel and steam generators, has been doubled to 60 years from 30 years and the high degree of automation and new engineering solutions has allowed for a 25%-30% reduction in personnel. The reactor has a core melt trap and a passive heat transfer system that cools the reactor with the natural air flow, even when power supply is off and participation of personnel is impossible. Units 1 and 3 at Novovoronezh II will serve as reference plants for future export of the reactor design.

The chairman of the World Association of Nuclear Operators, Jacques Regaldo, who was on a working visit to Russia, congratulated the staff of Rosatom on the launch of the reactor. Reactor designer Gidropress said the VVER-1200 “is based on experience feedback from 1600 reactor/years of VVER NPP operation. The design incorporates the most recent VVER-1000 technologies, applied to units at Kalinin, Balakovo and Rostov in Russia; Tianwan in China, and Kudankulam in India. VVER-1200s are being built at Russia’s Leningrad, and the Belarus nuclear power plant and are planned for Akkuyu (Turkey), Hanhikivi (Finland), Paks (Hungary), Ruppur (Bangladesh) and El-Dabaa (Egypt).