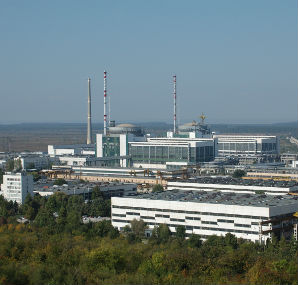 The consortium undertaking the work also includes Russian nuclear utility Rosenergoatom and French power company EDF. The contract was signed within the framework of a 2012 agreement providing for joint work between the two companies in Bulgaria and a number of other countries including China, India, Iran and Armenia.

Under the contract, Power Machines will refurbish the turbo-generator group, resulting in an increase in the plant's electrical output capacity of 100MWe to 1100MWe (gross). The refurbishment project, scheduled to be finished in May 2017, will extend the technical lifetime of the turbo-generator. The project also involves the refurbishment of the turbine rotors and the generator exciter, and replacement of the turbine stators and housing.

Kozloduy 5, a Russian VVER V-320 pressurised water reactor, began commercial operation in 1988. Similar work is being carried out by Power Machines and Rusatom Service on Kozloduy 6.

Kozloduy is located on the Danube River. The first unit was commissioned in 1974 but the first four units (VVER-440s) were closed under European pressure as a condition for Bulgaria's accession to the EU. Units 5&6 with VVER-1000 reactors were put into operation in 1988 and 1993, respectively, and were upgraded in 2005-2006.

Bulgaria hopes to extend the lifespan of the Kozloduy reactors by 30 years. The deadline for extending the licence to operate unit 5 is October 2017, and unit 6 October 2021. The Kozloduy plant produces nearly 35% of Bulgaria's electricity and is one of the cheapest sources of power.

JSC Rusatom Service will take part in the tender to select the contractor for the unit 6 life extension work.