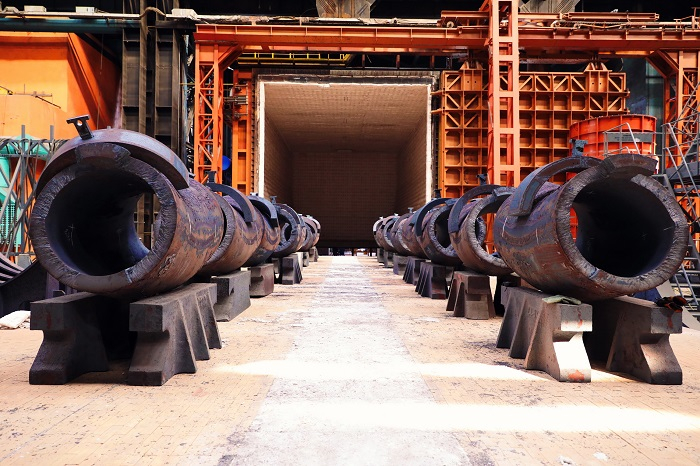 The annealing work was carried out by specialists of Russia’s Atomenergoremont (a subsidiary of nuclear utility  Rosenergoatom) and the Armenian NPP together with specialists from Russian companies and organisations, including OKB Gidropress, NPO TsNIITMASH, the Kurchatov Institute Research Centre, and TsNIIKM Prometheus. The general contractor for work under the modernisation contract is Rusatom Service, which is part of Rosatom.

The annealing process took place in the reactor hall of the station, with the reactor in its original place. A disassembled annealing installation, with a height of a two-story building, was delivered to the NPP and was the reassembled and installed in the RPV. The metal was slowly heated to a temperature of 475 degrees Celsius, held for 150 hours and gradually cooled. In total, the work took 10 days.

The RPV is the main non-replaceable element of a nuclear power plant. Annealing makes it possible to recover 80-85% of the operational characteristics of the metal shell of the reactor. Annealing is recognised worldwide as an effective way to ensure the safe and reliable operation of reactor facilities and this technology was applied for the first time by Rosenergoatom in 1987 to renovate the VVER-440 reactor at unit 3 of the Novovoronezh NPP. The technology for annealing the reactor vessel was developed by the specialists of NPO TsNIITMASH. Recovery annealing has been carried out on VVER-440 reactors at the Kola NPP (Russia), Rovno NPP (Ukraine), Kozloduy NPP (Bulgaria) and Loviisa NPP (Finland).

“The Armenian NPP is a guarantee of our security and the development of the Armenian economy. The reliability and serviceability of the reactor vessel largely determines the safety of the NPP operation overall,” said Armenian NPP General Director   Eduard Martirosyan. “Thanks to the experience and high competencies of the Russian specialists, the key works on the extension project went well.”

Alexey Chernikov, First Deputy General Director and Chief Engineer at Atomenergoremont noted that previously the company had annealed RPVs at NPPs in Russia, Bulgaria and Ukraine. “To carry out work at the Armenian NPP, the specialists of the repair company prepared all the necessary technical documentation, brought and assembled the annealing unit itself, tested it with the customer and installed it directly into the reactor. During the heating of the body metal, our operators monitored the temperature regime around the clock, which made it possible to quickly and efficiently make the necessary technical improvements,” he said.

“At this stage, we have completed a very important procedure for the modernisation of the station. This was possible thanks to the well-coordinated work of the Armenian and Russian atomic scientists. And we hope that the result of our joint efforts will make it possible to further improve the safety of the NPP and extend it until 2026, and in the future for another 10 years,” said Rosatom's Yuri Sviridenko, who heads the life extension project.

“The RPV annealing technology is a Russian technology that has good export potential,” said Anatoly Chukharev, director of the Rosenergoatom International Business and Development Department.  “In 2018 Rosenergoatom, with the assistance of OKBM Gidropress and NRC Kurchatov Institute, for the first time in the world carried out work to anneal the RPV of the more powerful VVER-1000 reactor at unit 1 of the Balakovo NPP. As a result, it now has an additional 15 years of authorised service life. This technology can now be used for all VVER-1000 reactors operating both in Russia and abroad, and will also bring significant economic benefits.”

The Armenian NPP, with two Soviet-supplied VVER-440-V230 units was built in the 1970s but was closed following a devastating earthquake in 1988. However, unit 2 was recommissioned with Russian help in 1995 in face of severe energy shortages. In March 2014, the Armenian government decided to extend the plant’s service life up to 2026. The work, now underway, was supported by a Russian loan and grant. The NPP currently accounts for 39% of Armenia's total electricity generation.