Romania signs deal with China for two units at Cernavoda 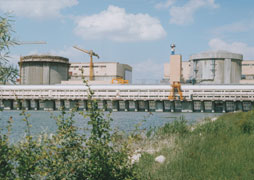 Nuclearelectrica, which operates Romania’s Cernavoda nuclear plant, said on 8 May that it has signed a preliminary investors agreement for the construction of units 3 and 4 with China General Nuclear Power Corporation (CGN) and CGN Central and Eastern Europe Investment (CEERI).

The Cernavoda plant currently comprises two Candu 6 reactors supplied by  Atomic Energy of Canada Ltd (AECL), now Candu Energy, and built by a Canadian-Italian consortium of AECL and Ansaldo. The site was originally planned for five units. Cernavoda 1 started up in 1996, but work on the others was suspended in 1991. Cernavoda 2 was subsequently completed and began operation in 2007. Both units are 700MWe Candu pressurised heavy water reactors, meeting around 20% of Romania's electricity needs. The two new units will also have Candu reactors.

"During the initial two-year duration of the new project company we will define the project's structure, as this is an essential stage prior to the construction of the two units," Romania's energy minister Anton Anton said.

The preliminary agreement was approved by Nuclearelectrica's shareholders in April, and CGN has also completed its internal approval of the deal.

In July 2014, China Nuclear Power Engineering Co (CNPEC), a CGN subsidiary, signed a "binding and exclusive" cooperation agreement with Candu Energy to build two more units at Cernavoda. Two months later, CGN submitted the sole non-binding bid for the contract to the reactors and was declared a "qualified investor" in the project. Then, in November 2015, Nuclearelectrica and CGN signed a memorandum of understanding for the development, construction, operation and decommissioning of Cernavoda 3&4.

Nuclearelectrica said the new agreement "represents an essential stage of the selection process launched in 2014 from the technical and operational point of view”.

In March, Nuclearelectrica signed a $120 million framework agreement with General Electric Global Services/GE Global Parts & Products for the maintenance of the Cernavoda 1&2. The utility also signed a memorandum of understanding with US-based NuScale Power to explore potential uses of small modular reactors (SMRs) in Romania.