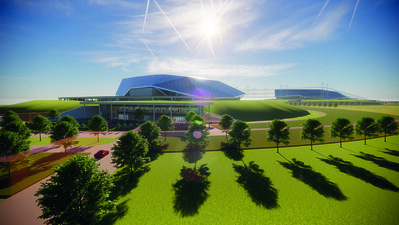 Roll-Royce has announced that following the raising of £195 million in equity funding, its Small Modular Reactor business has now been established. Its purpose is to bring forward and deliver at scale the next generation of low cost, low carbon nuclear power technology.

Rolls-Royce Group, BNF Resources UK Ltd and Exelon Generation Ltd will invest £195m across a period of around three years. That commitment will enable the business to secure a grant of £210 million from UK Research and Innovation funding, a mechanism first announced by the UK government in its ‘Ten Point Plan for a Green Industrial Revolution’.

Roll-Royce says that the SMR business, which will continue to seek further investment, will now proceed rapidly with a range of parallel delivery activities, including entry into the UK Generic Design Assessment (GDA) process and the identification of sites for manufacturing facilities for the modules that enable on-site assembly of the power plants.

In May, the UK government declared the GDA open to advanced nuclear technologies – including SMRs – for the first time. Carried out by the Office for Nuclear Regulation (ONR) and the Environment Agency (EA) the GDA aims to assess the safety, security, and environmental protection aspects of a nuclear reactor intended for deployment in the UK. It is expected to take at least four years to complete.

Discussions will also continue with the UK government on identifying the delivery models that will enable long-term investment in the technology, for which it sees enormous potential, through direct sales and licensing, in a world market for SMRs estimated at 79GWe by 2040. Rolls-Royce projects that its first plant will be up and running in the "early 2030s".

Warren East, Rolls-Royce CEO commented: “With the Rolls-Royce SMR technology, we have developed a clean energy solution that can deliver … net zero power for multiple applications from grid and industrial electricity production to hydrogen and synthetic fuel manufacturing. The business could create up to 40,000 jobs, through UK deployment and export enabled growth.”

Tom Samson, CEO, Rolls-Royce SMR, said: “Rolls-Royce SMR has been established to deliver a low cost, deployable, scalable and investable programme of new nuclear power plants. Our transformative approach to delivering nuclear power, based on predictable factory-built components, is unique and the nuclear technology is proven.”

Ralph Hunter, COO of Exelon Nuclear Partners and vp, Exelon Generation, commented, “We believe that small modular reactors could become a crucial part of the world’s clean energy mix and we are confident that, as an operational partner, we can help develop, deploy and operate a fleet of world-class SMRs.”

In February this year R-R announced the successful conclusion of its ‘feasibility and investability’ study. It was facing the conundrum of how to create affordable energy, and more of it, with a lower carbon footprint. It believes it has solved the problem with its design for a low cost, low carbon, scalable power plant that employs proven nuclear technology, a repackaged ‘standardised’ pressurised water reactor, coupled with what it calls ‘a unique factory-made module manufacturing and on-site assembly system’ that can be installed and commissioned quickly on site, and at lower project risk.

Everything in the power station design is directed at reducing cost. 90% of an individual power plant will be built or assembled in factory conditions and around 80% could be delivered by a UK supply chain.

The Nuclear AMRC confirmed in a statement that it will continue to work with Rolls-Royce on the next phase of its small modular reactor (SMR) development programme, and help prepare critical components for commercial production in the UK.

“Our task now is to apply the advanced manufacturing technologies that we’ve been developing at the Nuclear AMRC over the past decade, and ensure that as much of the SMR as possible can be made in UK factories, as cost-effectively as possible while meeting all the quality and safety standards expected by nuclear customers and regulators,” said Andrew Storer, CEO of the Nuclear AMRC.

Nuclear AMRC has already demonstrated how a range advanced manufacturing techniques can reduce capital costs and production time for a new generation of compact modular power stations. In the second phase, it will continue to carry out manufacturing capability delivery projects in areas including fixed and portable machining, post-process cleanliness, measurement process development, welding/cladding, and digital manufacturing.

Rolls-Royce stresses that the SMR concept is a power station, not a nuclear reactor. It was originally conceived as a 440MW unit, but R-R has found a way of getting 470MWe out of the core. Each UK SMR is projected to cost £1.8 billion (capex) and produce power at £40-60/MWh over 60 years.

Copeland MP Trudy Harrison also welcomed the news that Rolls-Royce SMR has secured funding to develop small nuclear reactors and said she will "continue to lobby for Copeland to be the location of this new development." Copeland in Cumbria is home to Sellafield, Europe's largest nuclear site.

“Our community knows more about nuclear power than anywhere else in Europe, and we have a deep talent pool with a track record of safety and deliverability, and Copeland should be at the forefront of this new and exciting development,” she added.

Photo: Rolls-Royce is aiming to have the first SMR power plant up and running in the early 2030s (Credit: Rolls-Royce)