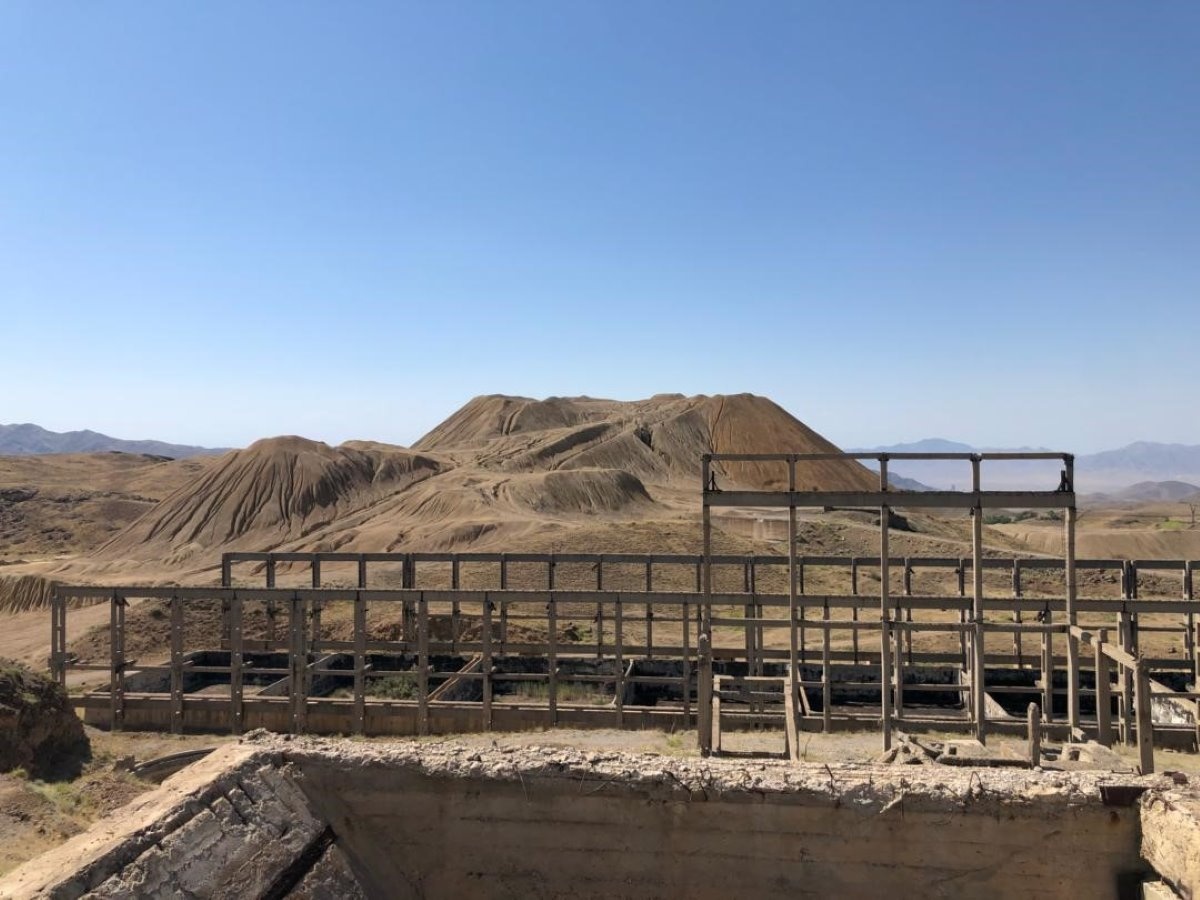 The Central Design and Technological Institute (JSC TsPTI - part of Rosatom fuel company TVEL) on 18 May won the tender for the development of working documentation and performance of work at the Taboshar site of the Republic of Tajikistan as part of the implementation of the Interstate Target Programme "Reclamation of the territories of states affected by uranium mining industries". This relates to uranium legacy sites left by Soviet-era uranium production in Central Asia.

Tajikistan in the past operated uranium mines, as well as a number of ore-processing mining and chemical plants. The Taboshar industrial site also hosts rock dumps containing excessive amounts of radionuclides, and radioactive wastes from the primary hydrometallurgical processing of uranium ores.

Within the framework of the contract, the territories of the tailings and the dump of the low-grade ore factory will be rehabilitated. The dump covering eight hectares was formed more than 40 years ago. The dump is some 60 metres high and the volume of accumulated tailings - sand after uranium extraction - is about 1.17 million tons.

The contract value exceeds RUB700 million ($11m) and the project is expected to be completed by the end of 2023.

As part of the project, the necessary infrastructure will be established, parts of the existing building on the territory will be dismantled, contaminated soil will be removed from the adjacent territories and clean soil will be brought in. In addition, the slopes of the tailings will be strengthened and upper protective barriers will be installed. A drainage system will be organized on the territory, and a monitoring system for the rehabilitated territory will be installed based on the results of the work.

Since 2021, TVEL has been the Base Organisation of the Commonwealth of Independent States (CIS) responsible for the elimination of nuclear legacy, management of used nuclear fuel, radioactive waste and decommissioning of nuclear and radiation hazardous facilities. In December 2021, the first meeting of the CIS Base Organisation’s advisory body on these issues was held in Moscow under the chairmanship of the head of the Base Organisation and TVEL President Natalya Nikipelova.

“The development of cooperation with the CIS countries on the elimination of nuclear legacy is aimed at the implementation of specific projects in the Commonwealth states. The work at the Taboshar site in the Republic of Tajikistan will be the first such project implemented by TVEL in the CIS countries,” she said.

The International Atomic Energy Agency (IAEA) and the European Union (EU) have also been supporting rehabilitation of Central Asia’s uranium legacy sites. The IAEA’s Coordination Group for Uranium Legacy Sites (CGULS was formed in 2012 to help coordinate national and multilateral remediation activities. The Tajikistan government in 2014 resolved to rehabilitate legacy tailings by 2024. In 2015, the European Bank for Reconstruction and Development (EBRD) at the request of the European Commission (EC) set up the Environmental Remediation Account (ERA) for Central Asia to finance the remediation of sites in Kyrgyzstan, Tajikistan and Uzbekistan, which became operational in 2016. In 2017, the IAEA, EC and EBRD signed a joint commitment on coordinating remediation efforts in accordance with a new Strategic Master Plan (SMP). EBRD estimated the total cost of measures outlined in the plan at €210m ($252m), of which €56m had already been made available by the EU, CIS and World Bank. The EBRD in 2021 was focusing its attention on Kyrgyzstan.