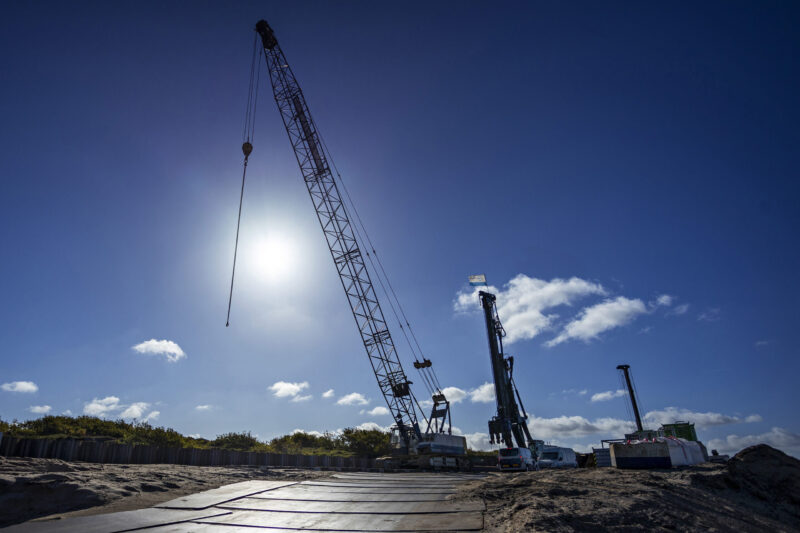 Preparatory works have started to enable realisation of the construction of the Pallas reactor in the Netherlands. The Pallas Research Reactor will be built at Petten to replace the existing 45 MWt High Flux Reactor (HFR) that began operation in September 1960. Since then its use has shifted from nuclear material testing to basic research and the production of medical radioisotopes. HFR, operated by NRG on behalf of the European Union’s Joint Research Centre, has provided about 60% of European and 30% of the world's use of medical radioactive sources. The new 55MWt tank-in-pool type Pallas reactor will be able to deploy the neutron flux more efficiently and effectively than the HFR.

Work is currently underway to make the original access road to the Energy & Health Campus from the 1960s accessible. This temporary road will be made suitable for construction traffic for the Pallas-reactor. During the construction of the steel sheet pile structure around the work site, the contractor KWS Infra will use innovative machinery that does not cause vibrations, thus minimizing inconvenience.

KWS Infra is the partner carrying out the preparations for the work site and is working in the coming period on the realization of the access road and the surfacing of the work site. This work will be highly visible from Westerduinweg and is expected to be completed in early 2023.

The Energy & Health Campus is located next to the ‘Zwanenwater’ and ‘Pettemerduinen’ nature reserve. All work will be carried out in accordance with the nature permit. Among other things, amphibian screens have been installed, bat boxes have been hung and work is being carried out on the basis of an ecological work protocol. Ultimately, after construction is completed, the surrounding and natural values will be restored and, where possible, improved. Habitat for protected species will be added according to the protocol established with ecologists.

The building permit for the Pallas-reactor with buildings has been granted by the municipality of Schagen. And there is a positive decision regarding the final establishment limit of the Pallas programme from the regulator ANVS (Nuclear Safety and Radiation Protection Authority) and the North Holland North Environmental Service.

On ‘Prinsjesdag’ (budget day), the Dutch Government took the decision to reserve financial resources for Pallas. In doing so, it was agreed that preparations for the work site can continue. Final decision-making on the full funding of the project is expected to take place in the spring of 2023.