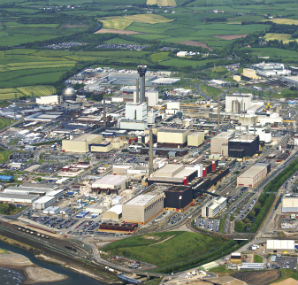 A cross-party report commissioned by the UK Parliament, Power From Nuclear, concludes that political consensus for nuclear power is important to reduce the costs of new nuclear build. It has drawn conclusions on other aspects of nuclear power as well.

In particular, it says that the UK government must 'urgently' revisit plans to find a site to store nuclear waste underground for thousands of years. "Implementing this is a crucial part of demonstrating that nuclear waste is a manageable challenge. Despite being rejected by Cumbria County Council, the continuing strong support amongst communities in West Cumbria for hosting a site is a promising sign," it says.

As regards new-build, the report says that the current EC state aid review is a challenge facing new-builld. It said that shareholders for Hinkley Point C could see bigger returns (19-21%) than those typically expected for PFI projects (12-15%), but that it is too early to draw a conclusion on the value for money of the Hinkley Point C agreement. Both the negotiation process and the resulting investment contract are important, but there has been little transparency over either so far and the negotiations were not competitive.

In terms of affordability, the report finds that it is not yet clear which electricity generation technologies will be cheapest in the 2020s and beyond. Coal and gas could get more expensive if fossil fuel and carbon prices rise, whilst low carbon technologies could get cheaper as technology costs fall with more deployment. This is the main reason for adopting an 'all of the above' strategy, including nuclear power, until costs become clearer, and there is broad consensus behind this general approach.

On security of supply, the inquiry says that deployment of nuclear power is likely to be influenced more by the economics of system balancing rather than technical system balancing challenges, which can be met with greater deployment of existing balancing tools. The cost of maintaining system security is likely to mean that the UK maintains at least some baseload capacity, such as nuclear power, to limit system costs.

On sustainability, the report finds that the environmental impacts of nuclear power are comparable to some generation technologies and favourable to others, although the long-lived nature of some radioactive nuclear waste and the dual use potential of nuclear technology for civil and military applications create unique sustainability challenges.

The inquiry calls for more urgency and better coordination in seizing the opportunity to reuse the UK's plutonium stockpile. The UK's stockpile of separated plutonium presents opportunities to tackle a number of national strategic priorities including implementing long term solutions for nuclear waste, developing new technologies that could redefine the sector, laying the ground for new nuclear power and pursuing nuclear non-proliferation.

The report, sponsored by Costain, is part of a cross-party and independent inquiry series, sponsored by the Institution of Gas Engineers and Managers. The Future Electricity Series brings together experts from parliament, industry and academia to build consensus, lay down the facts and point to policy challenges in the power sector. Power from Nuclear completes the Future Electricity Series trilogy and presents 25 findings.

Photo: Sellafield site, where most of the UK plutonium is stored