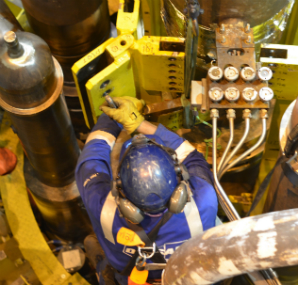 EDF Energy has estimated that Heysham A and Hartlepool nuclear power plants, currently shut down to investigate structural components in boilers, will restart at some point between late October and late December 2014.

It said that it has begun a detailed boiler inspection programme, and the first two such inspections have found no defects on pod boiler spines. Each reactor has eight such boilers.

The four reactors were shut down in after the discovery of a crack in a boiler spine at Heysham A1. Heysham A2 and Hartlepool reactors, which share the design, were shut down as a precaution.

The programme will complete the inspections to verify the lack of further defects, understand the cause of the Heysham A1 crack, develop designs to mitigate the impact of the defects, and then implement them.

EDF Energy said that the revised estimates will lower its predictions of the total amount of energy generated for its 15 nuclear reactors (14 AGRs and one PWR) as 57.5-60 TWh rather than 61 TWh.

The other UK advanced gas-cooled reactors have a different boiler design without a boiler spine and they are manufactured from different materials, so will not suffer from the same issue.