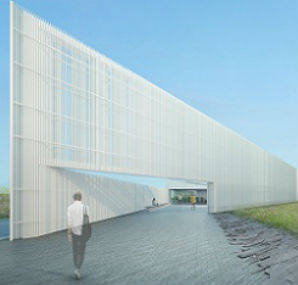 The Highland Council has given the go-ahead to the Nuclear Decommissioning Authority's plan for a nuclear archive at Wick in Scotland.

The archive, which is being developed in partnership with Highland Council, will house more than 70 years' worth of historic information from across UK's civil nuclear industry, including up to 30 million digital records. The information will be made available for electronic research and to support the ongoing decommissioning mission.

The NDA is soon expected to announce the identity of the contractor that will develop the next phase of the design work. The building itself is due to be completed by late 2016.

A separate procurement exercise is under way to appoint a commercial partner who will operate the archive. The facility is expected to employ around 20 full-time staff.

The NDA's Head of Information Governance Simon Tucker, who is leading the project, said:
“We are delighted that planning permission has been granted and look forward to seeing the start of construction work later in the year. This is a hugely important facility for the nuclear industry, and will also provide employment and contract opportunities in the region."

The building will be located north of Wick, opposite the airport, on uncultivated grassland where RAF married quarters once stood. It forms part of land that is designated for industrial and business use.