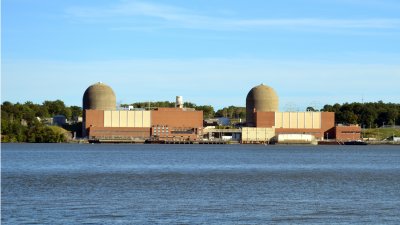 A group of more than 5000 environmentalists, business people, climate activists and healthcare professionals have signed a petition to New York Governor Andrew Cuomo urging him to postpone the closure of the Indian Point nuclear power plant. The petition was delivered yesterday.

In 2017 Indian Point's operator Entergy agreed with the state of New York that Indian Point 2 would close by the end of April 2020, followed by unit 3 by the end of April 2021. However, the agreement included a provision that in the event of an emergency affecting electricity generation, the state may agree to allow the plant to continue operating for up to five more years.

In a letter, signatories said that since nuclear power plants do not produce air pollution that could worsen the effects of Covid-19 keeping Indian Point online could save lives during and after the pandemic.

Collaborating under the aegis of the Climate Coalition, a group whose mission is reducing emissions and standing up for all types of clean energy technology, the signatories asked the governor to suspend the shutdown of Indian Point 2.

They urged him, instead, to create a commission to review the environmental impacts of the closure, which they say would increase emissions, hurt residents’ health, destabilise the grid, and set back New York's climate agenda.

“Keeping the 2-gigawatt Indian Point facility operational would avoid the need to generate more electricity from burning fossil fuels, increasing air pollution and greenhouse gas emissions,” the signatories said. “Postponing the shutdown of Indian Point is the right thing to do for many reasons.”

Indian Point 2, a Westinghouse pressurised water reactor, entered commercial operation in August 1974. It is currently scheduled to shut down on 30 April.