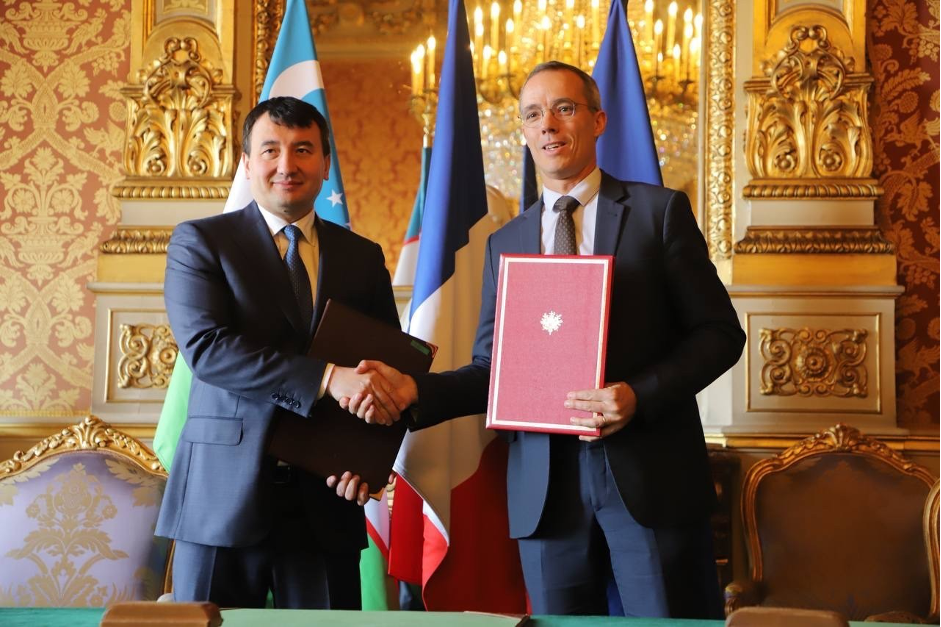 A tripartite strategic cooperation agreement has been signed by France’s Orano Mining, the Uzbekistan State Committee for Geology and Mineral Resources of the Republic (GosComGeology) and the Uzbek State-owned Enterprise Navoiuranium during the visit of Uzbekistan President Shavkat Mirziyoyev to France. Orano has been present in Uzbekistan since 2019, when it launched a partnership with GosComGeology to develop uranium exploration and mining activities in the Djengeldi area. This led to a joint venture, Nurlikum Mining, which today has around 50 employees.

The new agreement lays the foundations of an exclusive strategic alliance for the development of new uranium mines in Uzbekistan, beyond the Djengeldi project currently led by Nurlikum Mining.

The agreement also provides for the implementation of several joint initiatives relating, among other things, to the definition of a roadmap for the development of the Djengeldi project, the launch of new joint geological exploration projects, the support for Navoiuranium in its modernisation and transformation process and the initiation of an exchange framework enabling Uzbek partners to benchmark from the French industrial model in the nuclear fuel value chain.

Bobir Islamov, Chairman of GosComGeology said: “Our country has engaged into an ambitious path for the modernisation and ramp-up of our uranium mining industry. Our objective is to double accessible mineral reserves and the rate of annual production by the year 2030. Over the past three years, Orano has demonstrated that it is a credible and reliable partner. We believe that, thanks to this strategic cooperation agreement, Orano will contribute effectively to the development of the uranium industry in Uzbekistan in close collaboration with our State-owned enterprise Navoiuranium.”

Image: Orano, GosComGeology and Navoiuranium have agreed on an alliance for the development of new uranium mines in Uzbekistan (courtesy of Orano)