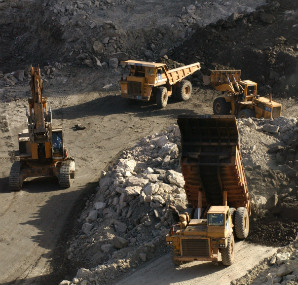 Nuclear vendor AREVA's full-year 2013 free cash flow broke even for the first time since 2005, but three big nuclear power projects -- including most prominently Olkiluoto 3 -- continued to drag down the company's financial results, it said.

Total revenue for the year was up EUR 353 million above 2012 to 9.24 billion. Profits, as measured by EBITDA, was EUR 1.04 billion. AREVA said that it expects revenues to fall slightly this year, although profit margin would slightly improve. Free operating cash flow before tax was EUR -2 million, or EUR 204 million excluding its wind energy and solar power business.

The Olkiluoto 3 nuclear new-build project, for which AREVA's predecessor Framatome (with Siemens) signed a turnkey contract in 2003 taking on all of the construction risk, continues to dominates the figures. Its 2013 losses on the project were EUR 425 million, up from EUR 400 million in 2012, but in 2012 AREVA also had to pay a EUR 300 million insurance indemnity due to delays and cost overruns.

That loss was not counterbalanced by revenue from the project in the second half of 2013 because of a change in accounting procedure. However, AREVA said that the Finnish customer TVO will not commit to a schedule for reactor testing, and for the engineering work required for validation of the instrumentation and control system detailed design. (It also said that these I&C tests were scheduled to take place in the April-June period, after several postponements). As a result, "it is impossible for AREVA to assess precisely the amount at completion of non-definable cost categories." To deal with this issue, revenue is only recognized when contract milestones are reached, and incurred costs are recognized as expenses.

AREVA estimates that the OL3 project was 86% finished as of the end of December 2013, and a successful leak-tightness test of the reactor containment was a big milestone. It said that 2014 work will be focused on critical path activities in finishing the reactor.

"AREVA included a loss of EUR 141 milion on a modernization project at a Scandinavian nuclear power plant, although that was down from 2012's stated loss of EUR 165 million."

Also, AREVA included a loss of EUR 141 milion on a modernization project at a Scandinavian nuclear power plant, although that was down from 2012's stated loss of EUR 165 million. Following an outage campaign in 2013, completion is scheduled for 2014. Two contract amendments were signed in 2013.

AREVA did not specify which project this was, and a spokeswoman did not reveal the name of the project on the customer's request. However, an AREVA Germany web page listed several potential modernization projects in Scandinavia, including OKG's Oskarshamn 2 PLEX project in Sweden that it called "one of the most challenging retrofitting projects ever carried out in a nuclear power plant" owing to its large scope of completely modernizing the reactor protection concept, supply and construction of a new emergency control room, life extension to 60 years, plus preparatory work to increase output. Other projects mentioned include modernization of electrical and I&C systems at Finland's Loviisa 1&2 (project LARA) and at Sweden's Ringhals 1.

Finally, there were negative impacts from a contract with an unnamed research reactor 'going through difficulties'. Although no losses were assigned to the contract in 2013, previous year losses were EUR 54 million.

AREVA mentioned that its order backlog at the end of 2013 stood at EUR 41.5 billion. This figure includes the project to complete Brazil's Angra 3 reactor, enrichment contracts, work on EDF's French fleet, stress test studies and post-Fukushima provision of safety solutions worldwide under the 'safety alliance' brand.

But that figure does not include two important contracts that remain incomplete: first, its nuclear island contract with EDF for the UK's Hinkley Point C nuclear power plant, whose final investment decision is waiting for among other things EC State Aid approval, and a five-year contract for fuel recycling and reprocessing from EDF, whose approval has been delayed.

Revenues from mining were up EUR 396 million, and front end up by EUR 139 million compared with 2012 in uncertain market conditions.

"Revenues from mining were up EUR 396 million, and front end up by EUR 139 million compared with 2012 in uncertain market conditions."

Revenues were helped by increased business because of the end of the Russian military HEU to LEU programme, which was completed at the end of the year, and destorage of natural uranium reserves. They were also helped by the ramp-up of Georges Besse 2 enrichment plant.

Also the Comhurex 2 conversion plants are coming online: the first elements of the Pierrelate, France facility will start up in 2014, and those in Malvési in 2015-16.

The biggest news of the year was the safe release of miners in Niger, the company said, although work continues to start the Cigar Lake mine, whose first truck of ore is expected to reach the McClean mill in March 2014. A joint venture with Chinese utility CNNC to produce zirconium alloy has been discussed, as has a mining joint venture in Mongolia with Mitsubishi. The first MOX fuel was delivered to the Borssele plant in the Netherlands.

In its reactors & services business, AREVA reported it had won an I&C contract for Chinese indigenous Fuqing 5&6 reactors, and has launched two new industry programmes: the Forward Alliance programme for life extension, and the Value Alliance programme to help utilities with economic challenges.

The company continued to scale down its operations according to its business plan to 2016, having reduced operating expenses by EUR 300 million in the year, and acted to secure another EUR 200 million savings by 2015.