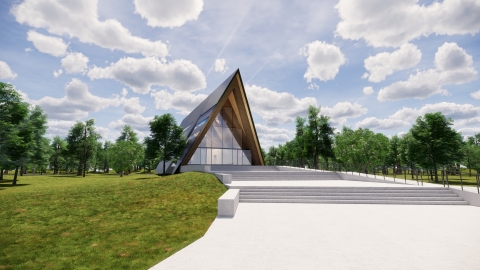 US-based Oklo and Centrus Energy Corp on 17 November signed a non-binding Letter of Intent (LOI) to cooperate in the deployment of a High-Assay, Low-Enriched Uranium (HALEU) production facility.

HALEU is an advanced fuel material that can be used to fuel both existing and advanced fission power plants. Both companies are committed to working toward establishing domestic HALEU production capabilities to support the commercialisation of Oklo’s power plants.

Together, the two companies are helping lead the commercialisation of advanced fission and the HALEU supply needed to fuel them. Oklo’s Aurora powerhouse is the first advanced fission plant design under active licensing review by the US Nuclear Regulatory Commission (NRC). Oklo’s licence application is also the only reactor application being reviewed by the NRC currently. Centrus is constructing the US’s first NRC-licensed HALEU production facility in Piketon, Ohio, and the facility is expected to begin demonstrating first-of-a-kind HALEU production in 2022.

“The commercialisation of advanced fission is happening now. We need to build out the US commercial supply chain capabilities to fuel the advanced fission power plants we are deploying,” said Jacob DeWitte, co-founder and CEO of Oklo.

“Without an existing commercial supply of HALEU, we are lacking a critical infrastructure capability that needs to be kickstarted domestically.” Starting in the early 2020s, Oklo will begin to deploy and commercialise a suite of advanced fission power plants.

“We are excited by the prospect of creating an assured, affordable, domestic fuel supply that can power the deployment of Oklo’s powerhouses in the United States and around the world,” said Daniel B Poneman, President and CEO of Centrus. “Oklo’s innovative, compact reactor design is ideal for a wide range of commercial, industrial, government, and national security applications.”