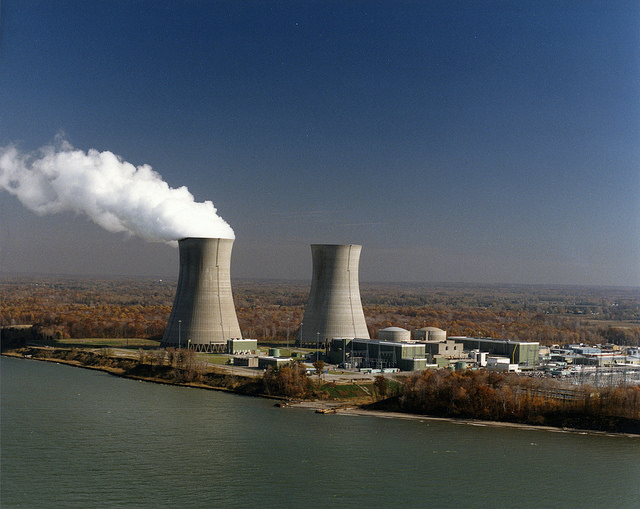 A financial rescue package worth around $1 billion for Ohio's two nuclear power plants was approved by lawmakers and the state governor on 23 July.

The law will provide clean energy credits to zero-emission power producers, including nuclear power plants. The legislation provides over $150 million a year until 2026 to the FirstEnergy Solutions Davis-Besse nuclear plant near Toledo and Perry nuclear plant near Cleveland to keep them operating. The plants produce about 15% of the state's electricity. However, the law, which will create the Ohio Clean Air Program, also scales back and eventually ends requirements that utilities generate more power from wind and solar. It will also provide about $60 million a year to 2030 to keep two Ohio Valley Electric Corp coal plants in service.

The final version calls for residential customers to pay 85 cents each month and for major industrial plants to pay $2400 on their electricity bills. Most of the money will go to the nuclear plants, apart from $20 million annually, which will go to large-scale solar projects already approved.

Supporters of the legislation said ending existing mandates intended to increase investment in renewable energy will result in lower electricity bills despite a new surcharge which will be imposed for the nuclear plants. The bill has faced strong wide-ranging opposition from advocates for renewables and clean energy, the natural gas industry, and competitive generators. Opponents said they will ask voters to overturn the legislation in a state-wide referendum next year. Environmental groups say it is damaging to the clean energy sector.

“Ohio is sending a clear signal to the clean energy sector that they are not welcome,” said Daniel Sawmiller, Ohio energy policy director for the Natural Resources Defense Council. The natural gas industry opposed the bill in part because gas-fired power plants would make more money if coal and nuclear plants close.

The Nuclear Energy Institute (NEI) welcomed the legislation. "The majority of Ohio's clean energy will remain in operation thanks to legislation passed by the legislature," said NEI President and CEO Maria Korsnick.

"Ohio's nuclear power plants do more than churn out 90% of the Buckeye state's clean power; they support 4300 jobs and contribute $30 million per year to roads, school and public services.

FES, a bankrupt subsidiary of Ohio energy company FirstEnergy Corp, had said it would shut the Davis-Besse and Perry plants in 2020 and 2021 if it did not get financial help from the state.  FES  is expected to emerge from bankruptcy as a company that will be distinct from its parent, FirstEnergy Corp. FES sought bankruptcy protection in March 2018, in the face of market volatility. It then announced the closure of four nuclear units: the 908MWe Davis-Besse plant; the 1268MWe Perry nuclear plant; and the twin-unit Beaver Valley power station in Shippingport, Pennsylvania, in 2021. At the same time, FES asked the Department of Energy (DOE) to save its coal and nuclear plants through a Federal Power Act Section 202c emergency order.  However, even with the new law, FES is unlikely to see any state support until 2021, and it is unclear if this will be enough to avoid eventual closures.