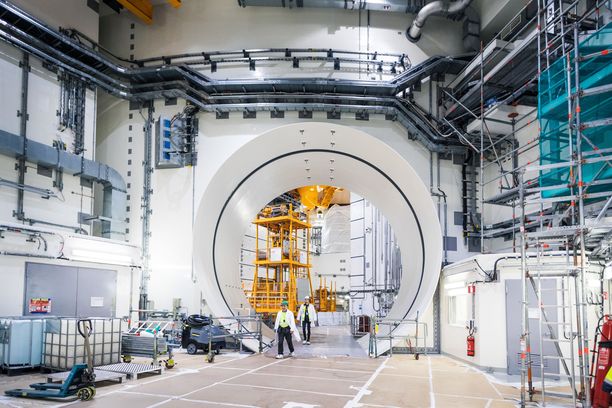 Finland’s Teollisuuden Voima (TVO) said the EPR reactor at unit 3 of the Olkiluoto NPP (OL3) is expected to operate at full power in February after the feedwater pumps impellers are replaced. The reactor began generating power in test mode earlier in January. The new impellers, which will be installed in all four of OL3’s feedwater pumps during the current production break, will have more robust measurements.

During the trial operation period, the plant underwent tests at different capacities. The commercial launch of OL3 is now scheduled for March 2023. Almost all significant tests of the test production phase were completed at the end of December and in January, prior to the production break, TVO noted.

The plant unit worked well and according to plan in the tests. “The latest of the significant tests, the so-called Fault Ride Through (FRT), was interrupted by transmission system operator Fingrid. After the installation of the new impellers, electricity production will continue in a demonstration phase, during which the plant will produce electricity mainly at full power.

In October, TVO discovered damage to the internals of the feedwater pumps located in the plant's turbine island during maintenance and inspection work. Ten days later, it said cracks of a few centimetres had been identified in all four of the feedwater pumps. Since then the schedule for restarting the plant has been deferred several times. The OL3 feedwater pumps are used to pump water from the feedwater tank into the steam generators. TVO has said they have no impact on nuclear safety.

OL3 attained first criticality on 21 December 2021 and was connected to the grid on 12 March. The 1600 MWe EPR was operated at full capacity for the first time in late-September. The Areva-Siemens consortium constructed the OL3 plant under a fixed-price turnkey contract. Construction began in 2005 various setbacks and delays mean the plant is now more than 10 years behind the original schedule and significantly over budget. Once regular electricity production has started, OL3 will produce about 14% of Finland's total electricity consumption.

Image: The service gate of the OL3 reactor at the Olkiluoto nuclear power plant in Finland (courtesy of TVO)