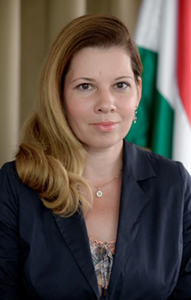 Hungary’s President Viktor Orban on 1 January formally appointed Andrea Beatrix Kádár as the new head of the Hungarian Atomic Energy Agency (HAEA) - an appointment, which will run until the end of 2030. The decree was published in the Hungarian Gazette, on 3 January.

Kádár has been acting HAEA general secretary since September to oversee the agency’s reorganisation. The biggest task facing the HAEA is the expansion of the Paks nuclear power plant and earlier HAEA had been delaying decision on the project, which is the responsibility of state-owned company Paks II Zrt.

Earlier there had been some speculation that the construction licence may be delayed for some time, due to changes at HAEA. The Hungarian Parliament on 9 November had adopted an amendment to the Atomic Energy Act, by 133 votes to 55, which will enter into force in several stages after its promulgation. It will be fully enacted by January 2022.

As a result of the legislation, HAEA said it “will be more independent financially and organisationally, while it keeps its regulatory independence, which will provide the framework for efficient work even with the expanding tasks”. The President of the HAEA will report directly to the Parliament and its regulatory responsibility will be increased. It is independent of the government and can issue decrees and impose fines on the institutions under its supervision.

Kádár can only be replaced following a court conviction or failure to fulfil her duties over  a long period of time.

The HAEA had been without a Director General since April 2021 when Gyula Fichtinger resigned in the wake of a corruption scandal. In an exclusive interview with Portfolio in October, Kadar said she would set up a more efficient nuclear safety authority with a larger staff on salaries aligned to the private sector and with a change in its legal status.“There are many areas of regulation, such as those related to professional practice, where it is absolutely justified and improves efficiency if the agency can use its own regulatory tool, can regulate in its own regulations,” she noted.

Since that interview, there have been several important developments with respect to the Paks II project. HAEA has issued a partial pit excavation permit and the government, in negotiations with Russia, gave assurances  that there would be no slippage in the project. It wants to put the two new reactors into production by 2029-2030, and the HAEA is expected to issue an application for a permit in 2022.