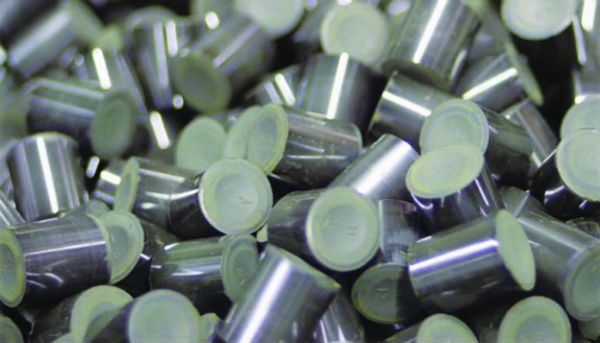 US-based Westinghouse Electric Company announced on 18 January that it had been awarded $93.6 million of funding from the US Department of Energy (DOE) in support of its EnCore accident-tolerant fuel programme.

The funding will be used by Westinghouse, its partnerGeneral Atomics, as well as US national laboratory and university partners . The aim is to accelerate the introduction of lead test rods of silicon carbide cladding into a US commercial reactor by 2022. The funds will also support the implementation of the first load fuel assemblies containing lead test rods of Encore Fuel, currently scheduled to be inserted in Exelon Generation’s Byron 2 this spring. In December, Westinghouse received the first shipment of silicide pellets, which are being manufactured at the Idaho National Laboratory.

DOE has been supporting the development of accident-tolerant fuel (ATF) concepts through its Enhanced Accident Tolerant Fuel programme since 2012. The programme  aims to develop new cladding and fuel materials that can better tolerate the loss of active cooling in the reactor core, while maintaining or improving fuel performance and economics during normal operations.

DOE is working with three fuel vendors - Framatome, Global Nuclear Fuel and Westinghouse - to commercialise their fuels for deployment in commercial reactors by 2025.

Framatome also recently received a $49 million, 28-month grant from DOE to accelerate the development and commercialisation of its ATF.

Outside of the DOE programme, similar research is underway in Russia.