More cracks found at Hunterston B 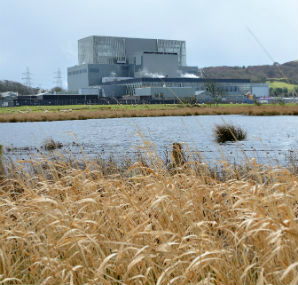 New cracks have been identified during a routine inspection in the core of unit 3 at the UK’s Hunterston B advanced gas-cooled reactor (AGR). The unit is now expected to remain offline for further investigation, possibly until the end of the year.

EDF Energy said the cracks were a known problem but were developing at a faster rate than anticipated. "The inspections confirmed the expected presence of new keyway root cracks (KWRCs) in the reactor core and also identified these happening at a slightly higher rate than modelled,” EDF noted. The Scottish government said the development was concerning and has asked for reassurances from nuclear regulators.

In March 2017, the Office for Nuclear Regulation (ONR) published an assessment of the Periodic Safety Review (PSR) for Hunterston B as well as an update of EDF Energy Nuclear Generation's (NGL) revised graphite core safety case. ONR confirmed that EDF had carried out an adequate PSR, adding that it had accepted EDF's revised graphite core safety case. The revised safety case set new limits and conditions of operation in response to the KWRC, which is an expected part of the ageing process as reactors approach the end of their design life. “The justified period of operation … is therefore dependent upon the findings from the inspections at each outage," ONR said.

Hunterston B started operating in 1976 and was originally scheduled to shut down in 2011, but its operating life was extended to 2016. EDF later announced that a technical and economic evaluation of the plant confirmed it could operate until 2023.

Hunterston B hosts two advanced gas-cooled reactors (AGRs). The graphite core of each reactor includes some 6000 graphite bricks, 3000 of which are the graphite bricks containing fuel channels. The structure is designed to contain many redundant bricks meaning a "very large number of bricks" would have to crack before there were any significant safety concerns, EDF Energy said in 2015.