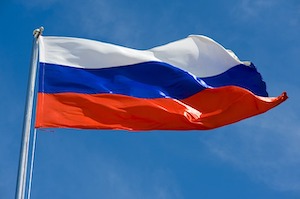 Russia’s Production Association Mayak has announced plans to complete the conservation of a storage reservoir for liquid radioactive waste, V-17, also known as the 'Old Swamp', by the end of 2025.

Development of the Metlinsky quarry is continuing and it will supply all the minerals necessary for backfilling V-17.

Mayak was originally established in the late 1940s to produce plutonium for the Soviet nuclear industry. The main directions of the current activities include: fulfilment of the state defence order for the production of components of nuclear weapons; transportation and processing of used fuel; production and sale of isotope products; mechanical engineering and instrument making; research and production activities; and the solution of nuclear legacy problems.

Like weapons production sites worldwide, there was little attention to safety in the early years and unregulated disposal of HLW left large areas highly contaminated. This was exacerbated in 1957 by the explosion of a waste tank.

Mayak has since faced a huge remediation task, with which it is making positive headway. In 2015, after decades of work and huge expense it completed the mothballing and remediation of Lake Karachai (V-9) on the site where HLW had been dumped and which had been described by the Washington, DC-based Worldwatch Institute as the most polluted spot on Earth.

By the end of 2025, Mayak must completely transform V-17 from a disposal site for special radioactive waste to a conservation site. In mid-January 2022, the enterprise received a protocol for considering applications for participation in the conservation work. Mayak's bid turned out to be the only one that met the conditions of the competitive procedure. And today the procedure for concluding a state contract between Mayak and Rosatom is underway.

The V-17 reservoir is 13 hectares in area, which is five times smaller than Karachai. The project is being implemented within the framework of the Federal Target Programme (FTP) "Ensuring Nuclear and Radiation Safety for 2016-2020 and for the period up to 2030". The contract will be concluded for two years and involves financing of RUB530 million ($7m).

The reservoir conservation project received a positive conclusion from the state experts. According to Pavel Andronnikov, Head of the Department for Planning and Control of Environmental Activities at Mayak, in 2022 the main efforts of the enterprise will be aimed at creating infrastructure. This includes building temporary roads, a temporary car wash building, a transshipment base, a temporary checkpoint in a guarded perimeter.

The development of the Metlinsky basalt quarry, which is located in the Mayak protection zone and eight kilometres from the village of Metlino, continues. Some 500,000 cubic metres of basalt – a hard igneous rock – will be used to backfill the reservoir.

Meanwhile, Mayak is continuing to decommission other hazardous legacy facilities. According to the FTP to 2030, financing of all work on legacy decommissioning at Mayak will cost RUB30 billion ($400 million).