Limerick gets another 20 years 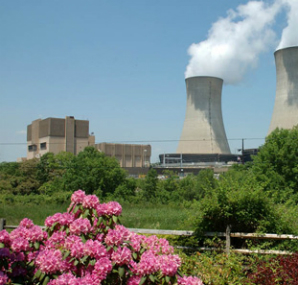 The US Nuclear Regulatory Commission has renewed the operating licenses of the Limerick Generating Station, Units 1 and 2, for an additional 20 years of operation. The new licenses will expire in October 2044 for Unit 1 and June 2049 for Unit 2.

The Limerick plant has two 1246 MWe GE BWR 4 boiling water reactors and is located in Limerick Township, Pa., about 21 miles northwest of Philadelphia.

Renewal of the Limerick licenses brings to 75 the number of commercial nuclear power reactors with renewed licenses. Applications for an additional 17 renewals are currently under review, according to the regulator.

Exelon said that it has invested more than $500 million in plant components and modern technology at Limerick to ensure continued, safe operations.

"Today's announcement is great news for Limerick employees, our customers and the community," said Tom Dougherty, Limerick site vice president. "We are committed to running the plant at world-class levels through 2049, providing clean, safe, reliable energy while powering the local economy."