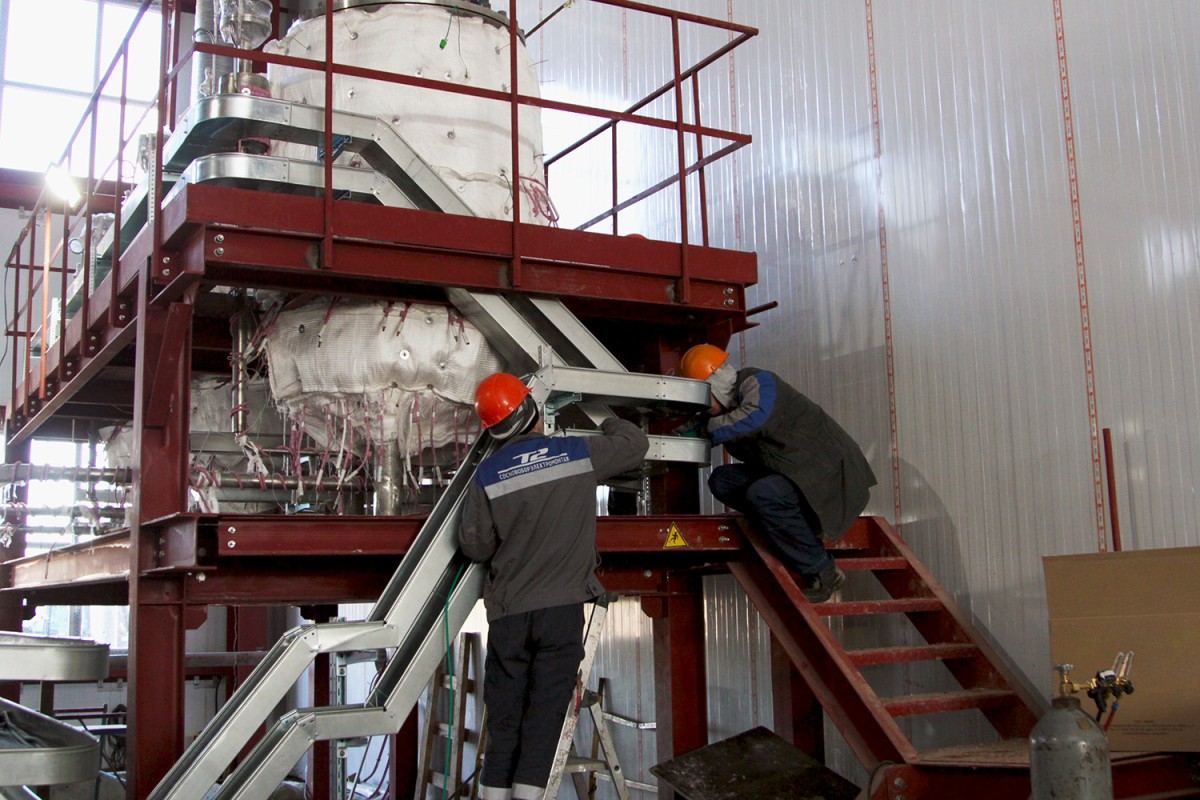 A lead coolant preparation system has been installed at Russia’s Siberian Chemical Combine (SCC) to test the pumping unit of the Brest-OD-300 reactor, according to Rosatom’s fuel company TVEL. The equipment for the preparation, transportation and storage of the lead coolant included three melting furnaces, two storage tanks and a magnetohydrodynamic pump, as well as pipelines for transporting the coolant and filling the test column.

At present, specialists from general contracting organisation TITAN-2 JSC are installing an electric heating system on the equipment, consisting of heating elements made of nichrome with a ceramic shell, which will ensure that the lead coolant is maintained in a liquid state at a temperature of about +420°C.

Molten lead will be used for the first time in the world as a coolant for the fast neutron Brest reactor. In 2023, when the experimental pumping unit is delivered, it will be necessary to melt 650 tons of lead, the parameters of which are almost identical to those that are planned to be used in the reactor plant. According to experts, this will require several months of continuous operation of the furnace in melting mode. Half of the lead has already been purchased, and its shipment is being prepared.

A 300MWe Brest reactor is part of a pilot demonstration power complex with an on-site nuclear fuel cycle (ODEK), under construction at SCC in Seversk as part of the Breakthrough (Proryv) strategic industry project.