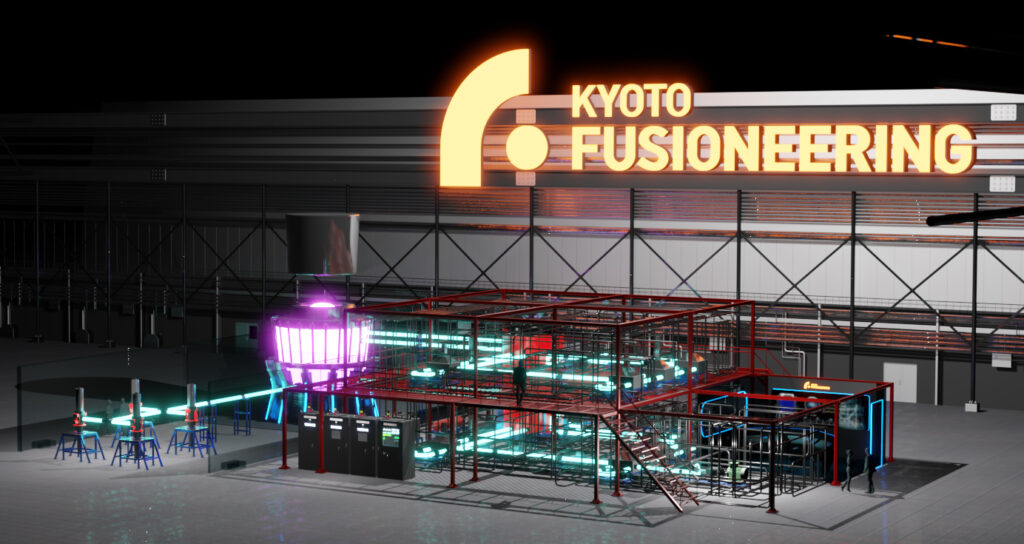 UNITY has a pioneering design that can test both the heat extraction and fuel cycle systems required for fusion power plants at a single facility. With the ability to test in flexible conditions, UNITY will be the leading platform for testing power generation systems for private fusion companies, allowing these companies to focus their resources on fusion power core development.

UNITY is equipped with a test blanket module, primary cooling loops with both liquid metal and molten salt, heat exchangers, a tritium recovery system, and an electricity generator; further, they will be integrated with a test diverter module, tritium pumps, and a tritium fuel circulation system. First electricity generation is planned for late 2024, when all the components relevant for future fusion power plants will be demonstrated simultaneously under commercial conditions.

KF, a start-up spun out from Kyoto University, has raised more than $17 million to date, and now employs 50 staff around the world. KF’s engineering products include high-efficiency gyrotron for plasma heating, liquid metal blanket for heat extraction, proprietary tritium pumps, and advanced heat exchangers. The purpose of UNITY – the world’s first such facility - is to demonstrate a suite of equipment used from heat extraction to power generation under conditions close to those of a commercial fusion power plant of KF’s clients.

UNITY has completed the preliminary design phase and is launching its construction in August, which will be conducted in close collaboration with several major engineering companies in Japan. The initial construction of the testing loop, which is the foundation of the facility, is scheduled to be completed by March 2023. The completion of the full UNITY construction, and the subsequent demonstration of electricity generation, is planned by the end of 2025.

UNITY will enable integrated testing of a suite of energy conversion equipment in a fusion power plant without the use of nuclear reactions by engineeringly simulating the thermal and magnetic environment within a fusion power core. Similarly, the tritium permeation will be simulated with deuterium. In addition to the simulation of a fusion power core environment, the facility is equipped with an originally designed blanket for high-temperature heat extraction, liquid metal/molten salt loops for high-temperature heat transfer, which will be via an advanced heat exchanger, to a power generation system. UNITY will also host a plasma heating system, a plasma exhaust, hydrogen tritium pumps, and a fusion fuel cycle demonstration system.

These components will not only be required for the international DEMO-type plant, which will follow the International Thermonuclear Experimental Reactor (ITER) under construction France, but also for power plant designs being developed in the private sector.

Kyoto Fusioneering is a privately funded technology start-up founded in 2019, with its Japanese headquarter in Tokyo and its UK office in Reading.