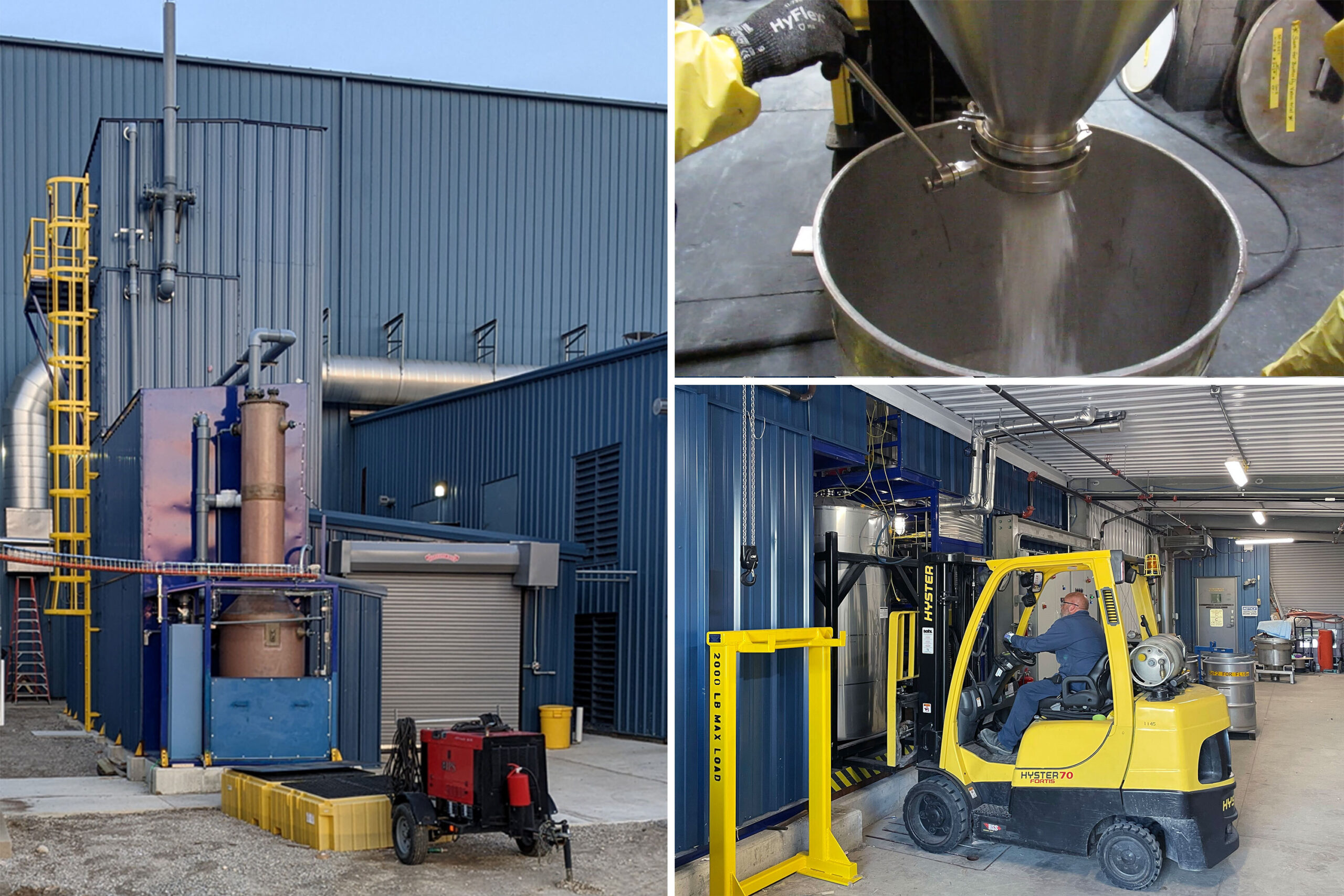 US-based Kairos Power has said that, as part of a Cooperative Development Agreement with Materion Corporation, it had commissioned a Molten Salt Purification Plant (MSPP) at the Materion campus in Elmore, Ohio. The plant, designed by Kairos Power, will produce large quantities of high-purity fluoride salt coolant to be used in high-temperature molten salt reactors.

Kairos Power’s fluoride salt-cooled high-temperature reactor (KP-FHR) technology is cooled by a mixture of lithium fluoride and beryllium fluoride salts known as “Flibe” which is chemically stable and operates at low pressure. This molten salt coolant will be used in Kairos Power’s Engineering Test Unit (ETU), and the Hermes demonstration reactor, as well as future commercial KP-FHR reactors.

Materion supplies beryllium fluoride for MSPP and contributes requisite expertise staffing and operating the plant. The decision to locate MSPP at Materion’s Elmore facility reinforces a long-term, strategic commitment by both companies to demonstrate leadership in molten salt production.

Kairos says that, by confirming the chemical process to produce Flibe at industrial scale, MSPP will help ensure the success of Kairos Power’s iterative hardware demonstrations, reducing risk in a critical path work stream for the commercialisation of KP-FHR technology while delivering cost certainty.

“MSPP represents a major investment in Kairos Power’s vertical integration strategy to achieve cost certainty by establishing commercial Flibe production, said Ed Blandford, Chief Technology Officer and co-founder of Kairos Power. “We have confidence in our ability to produce Flibe that meets our nuclear specification for Kairos Power’s testing program at the scale necessary to supply our major hardware demonstrations.”

Alan Kruizenga, Senior Director of Salt Chemistry & Production, Kairos Power noted: “With MSPP we have scaled up a chemical process developed in Kairos Power’s Salt Lab to produce Flibe in large quantities with specifications that demonstrate our ability to deliver for ETU, Hermes and beyond….We’ve established a plant and a working team that will scale as needed in the future.”

Keith Smith, Vice President of Nuclear, Science & Government Affairs, Materion Corporation said the MSPP has been in design and process development for more than a year. “This is the largest Flibe production facility ever built and has the capacity to generate commercial quantities of the material.”