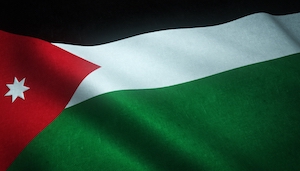 The Chairman of the Jordan Atomic Energy Commission (JAEC), Khaled Touqan said on 14 July that the Jordanian Uranium Mining Company (JUMCO) has operated its pioneering plant to extract yellowcake from uranium ores since the start of 2021.

In addition to exploring for uranium in the center of the Kingdom, the Jordanian nuclear programm also comprises of the Jordan Research and Training Reactor which became operational in 2016, and the Nuclear Power Plant Project to produce electricity and desalinate seawater, which is currently ongoing.

Touqan said that the Synchrotron-light for Experimental Science and Applications in the Middle East (SESAME) had begun receiving international researchers in 2018 to conduct research using synchrotron light. JUMCO General Manager Mohammad Shunnaq said that, over the past year, the company has undertaken the design and installation of a factory for the production of yellow cake. He highlighted the company’s successful operation of a crude agglomeration line despite the exceptional circumstances due to the coronavirus pandemic. He said operation of the pilot plant has processed 70 tonnes of ore.

JUMCO, established in 2013, is the commercial arm of JAEC tasked to develop the Central Jordan Uranium Project. Exploratory studies by the Natural Resources Authority in the early 1980s indicated significant deposits of uranium ore in several parts of Jordan. JUMCO's main tasks include:

JUMCO produced yellow cake from an extraction unit set up for this purpose and is operating in a semi-continuous industrial system. It is also working to establish a pilot plant at the company's Sewaqa field camp. Uranium exploration continues in accordance with international guidelines as well as the classification of uranium ores in Central Jordan based on international standards.

JAEC said the uranium mining project allows for the development of technical expertise across scientific and engineering fields at the national level. This expertise will filter into the local industrial sector, leaving a positive socio-economic impact on the community at large. The company recruits qualified Jordanian geologists and engineers who utilise and implement international standards throughout the project.