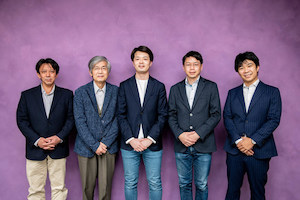 Japanese startup EX-Fusion, which seeks to commercialise laser based fusion energy, announced on 18 April that it had closed a pre-seed round funding of JPY130 million ($1m) at the end of March. The pre-seed round was led by ANRI, a Tokyo based venture capital firm, along with Osaka University Venture Capital (OUVC).

EX-Fusion was co-founded by Kazuki Matsuo, postdoctoral research fellow at University of California San Diego, Shinsuke Fujioka, professor at the Institute of Laser Engineering at Osaka University, and Yoshitaka Mori, associate professor at the Graduate School for the Creation of New Photonics Industries.

Masahiro Sameshima, Partner at ANRI, said, "I have been encouraging researchers to establish their own ventures with the hope of creating a nuclear fusion venture that could become a new power source in Japan…. Investment in fusion ventures is accelerating around the world toward the realisation of fusion technology, and Japan is lagging far behind in terms of the amount of funds raised. However, we are not pessimistic about this, and are determined to help refine EX-Fusion's original technology and prove that we can compete on the world stage. Furthermore, we hope to apply this laser technology to various fields such as processing of metal materials and semiconductor manufacturing."

Yousuke Hirai, Investment Principle at OUVC, said: “By taking the learnings from the research conducted at Osaka University over the past 50 years, EX-Fusion will lead the advancement of laser nuclear fusion and pave the path to commercialization of the technology."

EX-Fusion is collaborating with the Institute of Laser Engineering (ILE) at Osaka University, the Graduate School for the Creation of New Photonics Industries (GPI) as well as multiple private sector corporations in its development of these technologies.

The joint development project with ILE involves the development of the CTSS, which will allow for material targets to be placed inside the fusion reaction chamber continuously, consistently and congruently against the high-powered pulse laser system.

The collaboration with GPI will be focused on developing the LTTS, which will allow for real-time alignment of multiple lasers such that it can direct the energy at maximum efficiency towards the reactor target.