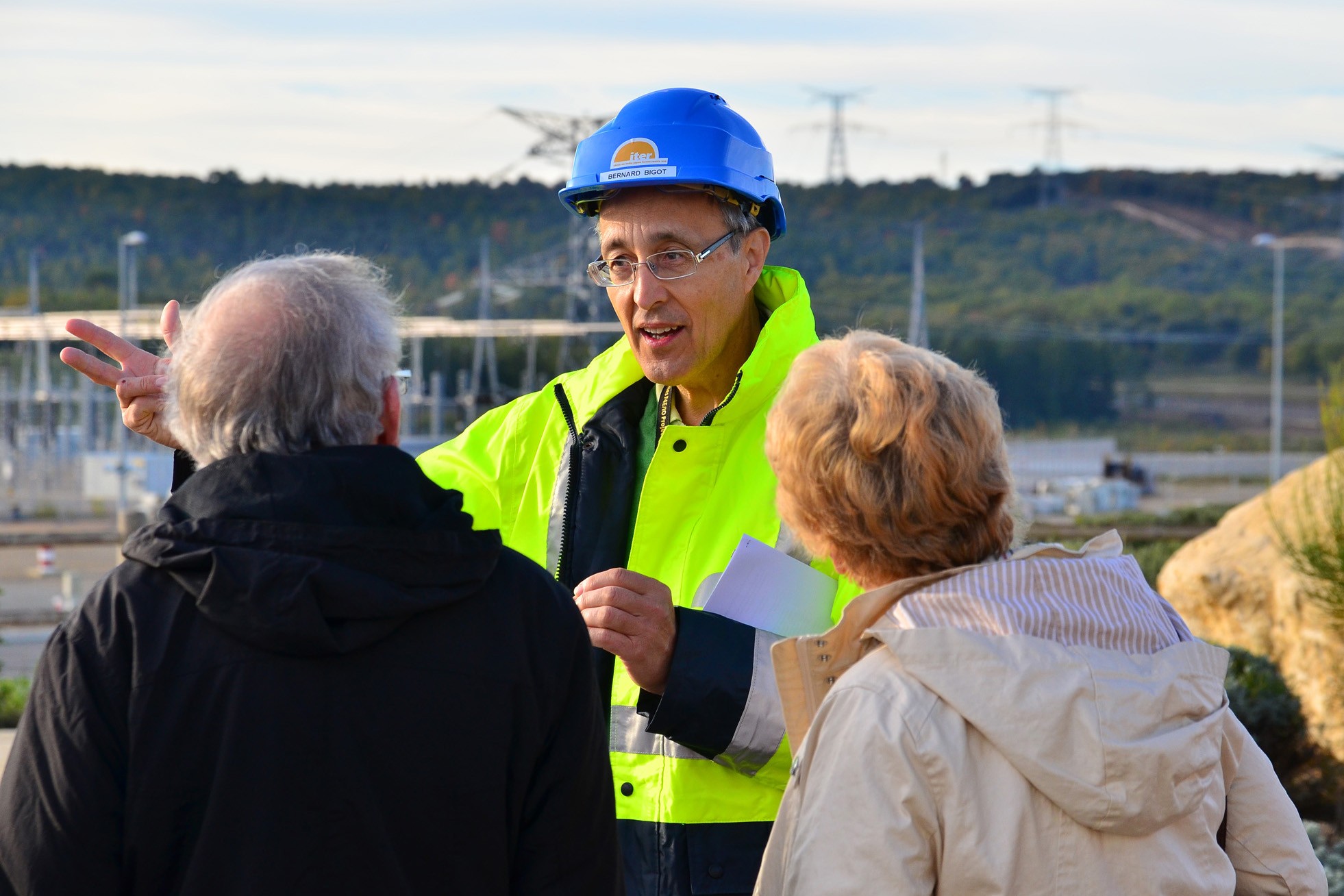 Dr Bernard Bigot, Director-General of the Iter Organisation passed away on 14 May “due to illness”. Iter said he was “an inspirational leader for more than four decades across multiple fields of science and energy” and that his personal dedication and commitment to Iter over the past seven years shaped every aspect of the project”. Iter added: “While his untimely passing will be felt as a tragic blow to the global fusion community, Dr Bigot’s careful design and preparation of the Iter senior management team in recent years gives reassurance of the project’s continued success.”

His deputy, Dr Eisuke Tada, a seasoned veteran from Iter’s earliest days, will take over leadership of the project while the Iter Council launches the search for a long-term successor.

Massimo Garribba, Deputy Director-General for Energy of the European Commission and current Chair of the Iter Council, said: “The impact of Bernard Bigot’s leadership of the Iter project has been singular and without precedent; his courage, personal commitment, and sheer force of will have restored Iter to its rightful place as a hallmark of scientific and technological achievement. It reflects Dr Bigot’s conviction regarding the promise of fusion energy as a safe and secure source of clean energy for future generations. We are devastated by this tragic loss, and we will honour Dr Bigot’s legacy with our ongoing commitment to Iter’s success.”

Before his appointment at Iter, Dr Bigot  completed two terms as Chairman and CEO of the French Alternative Energies and Atomic Energy Commission (CEA). He previously served as France’s High commissioner for Atomic Energy.

Dr Bigot was trained at the École normale supérieure, one of the most prestigious higher educational institutions in France and held an agrégation (highest-level teaching diploma in France) in physical science and a PhD in chemistry. He was a high-ranking university professor at the École normale supérieure de Lyon,which he helped to establish and which he directed for several years. He was the author of more than 70 publications in theoretical chemistry and received numerous awards.

Dr Bigot assumed office as Director-General in March 2015 at a critical point in Iter’s history. “The project was experiencing significant difficulties, reflecting the managerial challenges inherent in both its complex, First-of-a-Kind engineering and its multinational approach to design, manufacturing, and construction,” Iter noted. “Multiple Iter members were expressing their scepticism about the project’s viability, with some openly questioning their continued participation. Dr Bigot accepted these challenges with humility and unwavering resolve, proposing a multifaceted action plan that would execute sweeping reforms in its decision-making, project management and—above all—project culture.”

More than seven years later, Iter stands as a monumental example of scientific and engineering prowess, a unique testimony to the merits of international collaboration and a triumph of human aspiration.

The Iter Project, under construction in Saint-Paul-lez-Durance, in the south of France, is designed to demonstrate the scientific and technological feasibility of fusion power and will be the world's largest experimental fusion facility. Iter is also a first-of-a-kind global collaboration, with Europe contributing almost half of the costs of its construction. The other six members to this joint international venture (China, India, Japan, South Korea, Russia and the USA), are contributing equally to the rest.

While still a work in progress, the Iter facility is more than 75% complete toward First Plasma. Each member has completed First-of-a-Kind components that have required unprecedented engineering innovation in multiple fields, from materials science and electromagnetism to cryogenics and robotics.

In the past two years, despite the Covid-19 pandemic, these components have steadily arrived at the Iter site, over land and sea, from three continents. Multiple support systems are now complete and beginning commissioning. The Iter vacuum vessel—with an interior volume of 1,400 m³—is unique: the volume of plasma it can contain (840 m³) is ten times that of the largest operating tokamak in the world. The Iter vacuum vessel will measure 19.4 metres across (outer diameter), 11.4 metres high, and weigh approximately 5,200 tonnes, and with the installation of in-vessel components it will weigh 8,500 tonnes.

The Iter Project achieved a major machine assembly milestone on 11 May, as the first sub-section of the Iter plasma chamber was lifted out of tooling and lowered into the machine well.  The weight of the component plus rigging - 1,380 tonnes - approached the nominal lift capacity (1,500 tonnes) of the double overhead bridge crane in the Iter Assembly Hall. The multilayer rigging arrangement, added to an already tall load, left the crane operators with a clearance of only 20 cm over the concrete wall that delimits the machine assembly well. The teams achieved millimetre-level tolerances in the positioning of a component. This component represents one-ninth of the toroidal plasma chamber.

Many project actors played a role in this achievement. Vacuum vessel sector No. 6, at the centre of the assembly, and associated thermal shielding was manufactured and delivered by the Korean Domestic Agency. India fabricated the in-wall shielding inside the double walls of the sector and Russia supplied the upper port. The toroidal field coils (TF12 and TF13) were procured by the Japanese Domestic Agency. Korea designed and built the upending tool, the giant sector sub-assembly tools, the lift attachment closest to the load, and the column tool in the pit that will support the vacuum vessel during welding, while the European Domestic Agency supplied the overhead bridge cranes and the next-in-line rigging attachment that allows the cranes to work together.