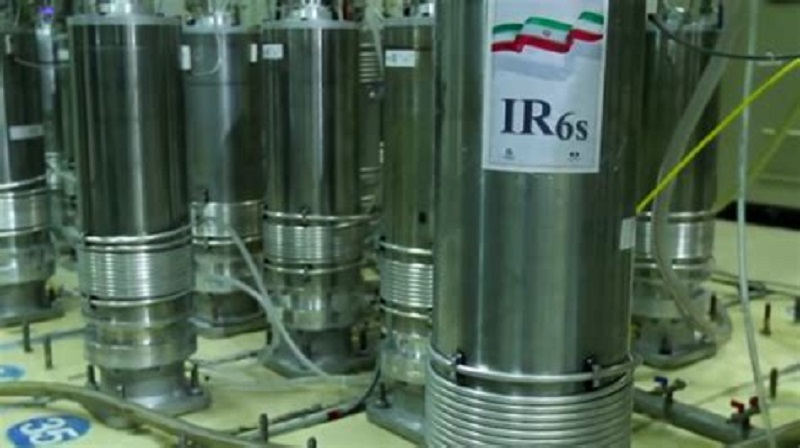 Iran’s capacity to enrich uranium has doubled since Iran began its nuclear development programme, the Head of the Atomic Energy Organisation of Iran (AEOI) Mohammad Eslami has told a recent meeting of Iranian lawmakers. Eslami praised parliament for passing the “Strategic Action Plan to Lift Sanctions and Protect Iranian Nation’s Interests” in December 2020, saying the law had contributed to the development of Iran’s nuclear industry.

Under the plan, the AEOI was obliged to enrich uranium to a 20% level for peaceful purposes in line with the directives of Iran’s leader Ayatollah Seyyed Ali Khamenei issued immediately after approval of this law. It also obliged Iran to stockpile at least 120 kg of the uranium inside Iran every year. AEOI was required to enrich uranium beyond the 20%, if necessary, without any delay. Iran in November notified the International Atomic Energy Agency (IAEA) that it had increased uranium enrichment to 60%.

The move was the latest to go far beyond the parameters of the 2015 Joint Comprehensive Plan of Action (JCPOA) which had capped Iranian uranium enrichment at 3.67% in exchange for sanctions relief. The JCPOA was signed by the USA, UK, France, Russia, China and Germany. However, in 2018, former US President Donald Trump withdrew from the deal and imposed crushing sanctions on Iran’s economy, prompting Iran, in turn to increase its uranium enrichment.

Eslami also stated that a comprehensive document has been drawn up for the development of industries and creation of domestic capacities in various industries of the country. The generation of power by the nuclear plants has provided considerable economic benefits for Iran, reduced the consumption of fossil fuels, and prevented environmental damages, he added. He noted that the development of nuclear sciences would help many other sectors, such as medicine and agriculture.

In October Eslami had said Iran aimed to increase nuclear generation capacity to 10,000MWe without reliance on international partnerships. Currently, the only operating NPP in Iran is the VVER-1000 at unit 1 of the Bushehr NPP, built with Russian assistance. Rosatom is currently building the second stage (units 2&3) with a total capacity of 2,100MWe. Earlier in December, Iran launched construction in Darkhovin of an indigenously designed 300MWe pressurised water reactor (PWR).

Iran also has a small, ageing research reactor - the 5MWt Tehran Research Reactor (TRR) supplied by the US in 1967, but frequently faced problems of fuel supply because if Western sanctions. Iran has has now begun construction of a 10 MW pool-type light water reactor nuclear research reactor of its own design in Isfahan. The reactor is designed for 20% enriched fuel and will be used to test nuclear fuel and materials, for the production of medical isotopes, as well as for research.

Iran is also completing its indigenous IR-40 heavy water research reactor, which was almost complete before Iran signed the JCPOA. Under that agreement Iran agreed to restructure the IR-40 to reduce the amount of plutonium it could produce and the redesign was supported by experts from the UK and China. Progress on this is unclear, but in September 2021 Eslami said the IR-40 should be made operational "as soon as possible”.