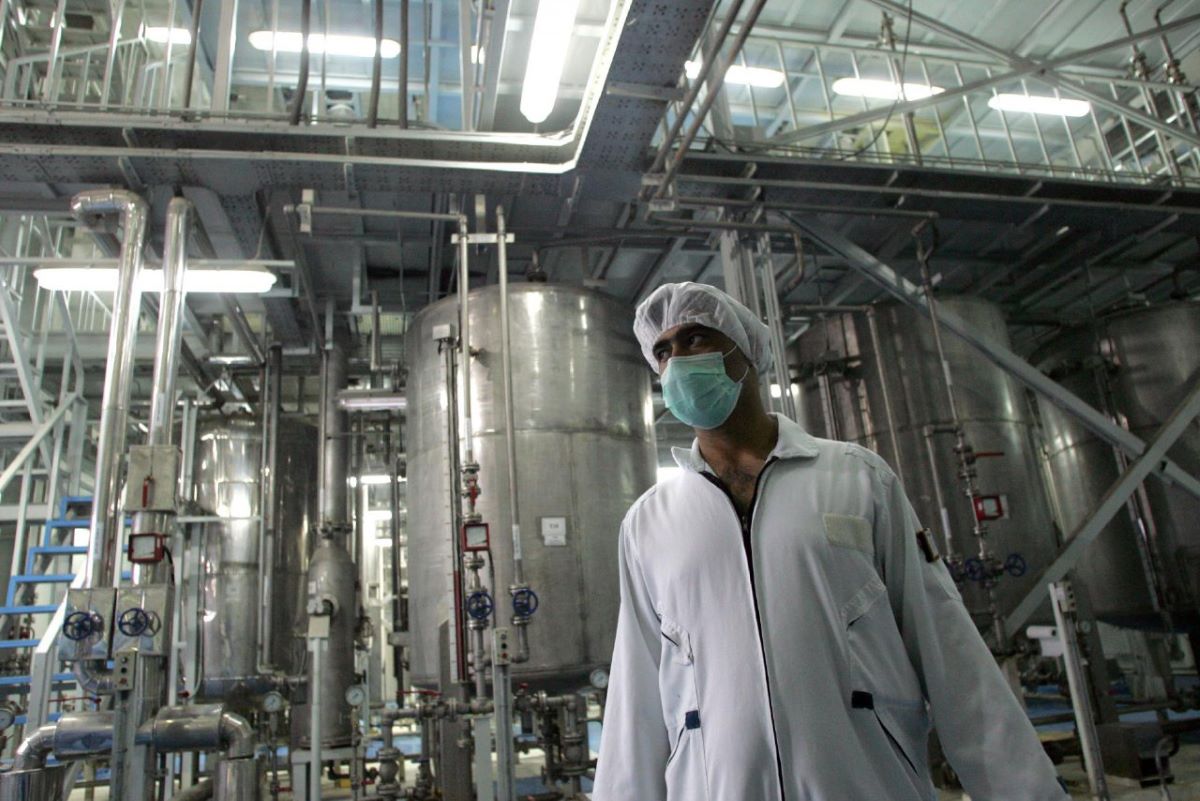 Iran has started enriching uranium to a purity level of 60% at its Fordow facility following a resolution adopted by the International Atomic Energy Agency (IAEA) Board of Governors on 17 November criticising its nuclear programme.

The IAEA resolution, drafted by the USA, UK, France and Germany, said Iran had failed to co-operate with the Agency.

Iranian Foreign Ministry spokesman Nasser Kanaani said, “In response to the latest action of the three European countries and the United States, namely the passing of a resolution against Iran in the agency’s Board of Governors, a number of measures were put on the agenda of the Atomic Energy Organisation of Iran and their implementation was carried out in the enrichment complexes of Martyr Ahmadi in Natanz and Martyr Alimohammadi complex in Fordow in the presence of the IAEA’s inspectors.”

In a statement on its website, the Atomic Energy Organisation of Iran (AEOI) listed a set of measures it had recently taken at the facilities in Natanz and Fordow as part of its agenda to develop Iran’s civil nuclear programme. It announced the production of uranium hexafluoride (UF6) at 60% purity level for the first time at the Fordow nuclear site, and said similar enrichment is underway at the Natanz complex. Iran also examined and injected gas into two other cascades of IR-2m and IR-4 centrifuges at the Natanz site. Two more cascades of the centrifuges have also been prepared for the same process.

IAEA Director General Rafael Grossi confirmed on 22 November that Iran has begun producing uranium enriched up to 60% at Fordow.

“Iran had started producing high enriched uranium — UF6 enriched up to 60% — using the existing two cascades of IR-6 centrifuges in the Fordow Fuel Enrichment Plant (FFEP), in addition to such production that has taken place at Natanz since April 2021,” the IAEA said in a statement. It added that Iran has installed more “cascades of advanced IR-6 centrifuges” and plans a “significant expansion of low enriched uranium production — UF6 enriched up to 5% or up to 20% — at Fordow” through those advanced centrifuges.

“Director General Grossi said the Agency will inform Iran of its intention to increase the frequency and intensity of its verification activities at FFEP in accordance with the Safeguards Agreement,” the statement said. Grossi also said “Iran continues to advance its enrichment activities at the Fuel Enrichment Plant (FEP) in Natanz and now plans to install a second production building, capable of housing over 100 centrifuge cascades.”

The move is the latest to go far beyond the parameters of the 2015 Joint Comprehensive Plan of Action (JCPOA) which capped Iranian uranium enrichment at 3.67% in exchange for sanctions relief. However, in 2018, former US President Donald Trump withdrew from the deal and imposed crushing sanctions on Iran’s economy, prompting Iran, in turn to increase its uranium enrichment.

The states which had drafted the BOG resolution responded to Iran’s actions with further criticism. White House national security spokesman John Kirby told a briefing in Washington: “We certainly have not changed our view that we will not allow Iran to achieve a nuclear weapons capability.” In a joint statement, the UK, France and Germany said Iran was moving “well beyond” limits set down in the JCPOA.By enriching uranium up to 60% at its Fordow plant, Iran was challenging global non-proliferation, they stated. “We will continue to consult, alongside international partners, on how best to address Iran’s continued nuclear escalation,” they noted.

AEOI head Mohammad Eslami said on 22 November that the new measures taken at Fordow and Natanz sites were based on the rules and regulations of IAEA. On Iran’s response to the resolution issued at IAEA’s Board of Governors, Mohammad Eslami said that the AEOI has created a new capacity in Fordow and Natanz nuclear plants in line with the implementation of the law of Strategic Action Plan on the Removal of Anti-Iran Sanctions for Protecting People’s Rights. All these measures were taken within the framework of rules and regulations of the IAEA, he insisted.

Image: Inside a uranium enrichment facility in Iran (courtesy of AFP/VNA)