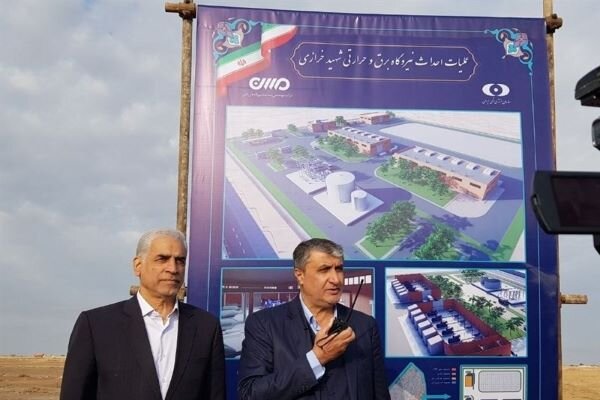 The Head of the Atomic Energy Organization of Iran (AEOI), Mohammad Eslami, has said that Iran is moving toward the production of inexpensive fuel and energy and has placed the development of NPPs high on its agenda. He was speaking on the sidelines of a ceremony launching construction in Darkhovin of an indigenously designed 300MWe pressurised water reactor (PWR).

The Darkhovin NPP will be built about 70 kilometres from the southwestern city of Ahvaz in the provincial capital of Khuzestan, near the Karun River. Eslami noted that Iran aims to increase the share of nuclear energy in electricity production by 20%. Construction is expected to take eight years at an estimated cost of $1 billion.

Eslami noted that the construction of the Darkhovin plant had been frozen for years after foreign partners pulled out of the project. Before the 1979 Islamic Revolution, Iran had signed a $2 billion contract with French company Framatome to build two PWRs at Darkhovin. After the revolution, France withdrew from the project and the engineering components of the plant remained in France.

In 1992 former president Akbar Hashemi Rafsanjani on a visit to Beijing agreed a plan with China, despite US objections, to sell two 300MWe reactors for Darkhovin, but the Chinese subsequently withdrew from the project under pressure from Washington.

Iran then signed up Zurich-based ABB as a consultant, but the Swiss-Swedish company also withdrew, more than once, before finally quitting in 2018 after the US introduced sanctions threatening punitive action against any entity having banking dealings with Iran.