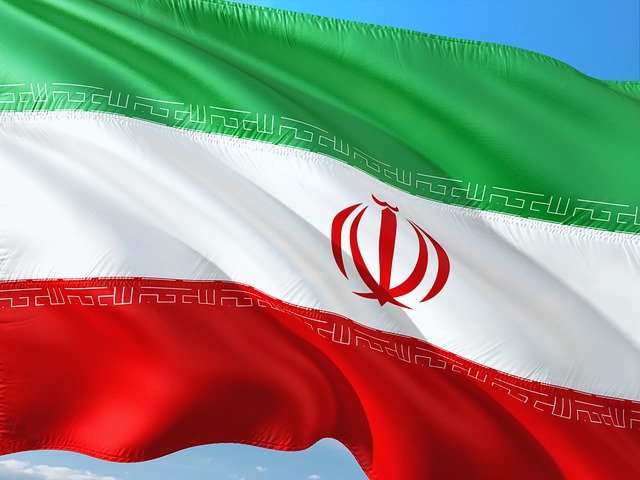 The statement said: “In this meeting the parties recalled and reaffirmed the spirit of cooperation and mutual trust and its continuation and emphasised on the necessity of addressing the relevant issues in a constructive atmosphere and exclusively in a technical manner.”

Grossi's visit comes after talks between major world powers to save the 2015 Joint Comprehensive Plan of Action (JCPOA)  deal became deadlocked. Under the JCPOA between Iran the P5+1 group of countries (the USA, UK, France, Russia, and China plus Germany), Iran had undertaken to limit its nuclear development in return for the lifting of sanctions. However, Iran began to gradually roll back on the restrictions imposed by the JCPOA after former US President Donald Trump withdrew from the deal and reimposed sanctions in 2018, including oversight by the IAEA.

US President Joe Biden has been seeking to reinstate the JCPOA, and indirect talks began in April. The last round of talks ended in June with no date set for their resumption, pending the inauguration of Ebrahim Raisi as Iran’s new President, replacing Hassan Rouhani. It was Grossi’s first trip to Tehran during the new administration of President Raisi, who appointed Eslami as the AEOI head on 29 August.

A law passed by Iran's parliament in December 2020 mandated the Iranian government to stop implementing the IAEA's Additional Protocol unless US sanctions were lifted by 23 February. Iran and the IAEA then reached a three-month temporary agreement in February whereby Iran would store video records of cameras monitoring its nuclear sites, and deliver those records to the IAEA only after US sanctions are lifted. Iran extended the agreement for one more month on 23 May. Iran has since then continued to steadily further develop its nuclear development programme resulting in IAEA reports expressing concern.

The Tehran meeting came days after two new confidential IAEA reports were leaked to the media.The reports said Iran had failed to adequately cooperate on the agency’s recording equipment, some of which may have been destroyed after an incident, while it is resuming high enrichment of uranium, and has failed to provided details nuclear materials found at several locations. Iran responded  the reports by calling on the agency to maintain its independence and refrain from political actions.

The Tehran meeting was facilitated by Russia, which is seeking to prevent a resolution censuring Iran at a forthcoming IAEA board of governors meeting, which  could derail a resulption of negotiaions on the JCPOA. President Raisi earlier in September warned that any censure of Iran could negatively affect a return to the negotiations  which have been suspended since July when the sixth round of talks concluded. Raisi  has said he wishes to continue the Vienna talks, but will not engage in negotiations for their own sake.

The joint statement said: “In the framework of the existing cooperation, the two sides decided to maintain their mutual interactions and meetings at relevant levels. To this end, the Vice-President and the Head of AEOI will meet the IAEA Director General at the sidelines of the upcoming General Conference, and the IAEA Director General will also visit Tehran in the near future to hold high level consultations with the Government of the Islamic Republic of Iran with the aim of enhancing cooperation between Iran and the IAEA in different fields and discussing current issues of mutual interest.” It added: “IAEA’s inspectors are permitted to service the identified equipment and replace their storage media which will be kept under the joint IAEA and AEOI seals in the Islamic Republic of Iran. The way and the timing are agreed by the two sides.”

AEOI head Eslami told Mehr news agency: "We agreed over the replacement of the memory cards of the agency's cameras. We had constructive negotiations. There are essentially technical issues between the two sides."  He added: “What matters to us, and the agency also emphasises this, is to build trust.”

On his return to Vienna on 12 September, Grossi held a press conference in which he said it was a “very short but constructive trip” which “helped to resolve outstanding issues”. He noted that the Agency’s main concern was “a major communications breakdown which we cannot afford having so many important issues to solve”. He confirmed that Iran had agreed to a complete servicing of the monitoring equipment including replacement of broken cameras “ to keep the information needed to maintain continuity of knowledge”. He acknowledged that  there were outstanding issues which needed to be solved and that he intended to discuss these with the new administration in Iran. “I had certain agreements with the previous administration and Iran needs to recommit and endorse these or change them in a way that leads to a solution.”

He stressed that this was not a permanent solution but a stopgap  measure to allow time for diplomacy without the loss of the basic data needed. He confirmed that discussions would continue first in Vienna  with the AEOI and then during another trip to Tehran where he would have discussions with high-level government officials. “It is a new administration with new views and we need to sit down with them. I am glad that they have agreed to this.” He said he had reported the outcome of his discussions to the IAEA Board of Governors.