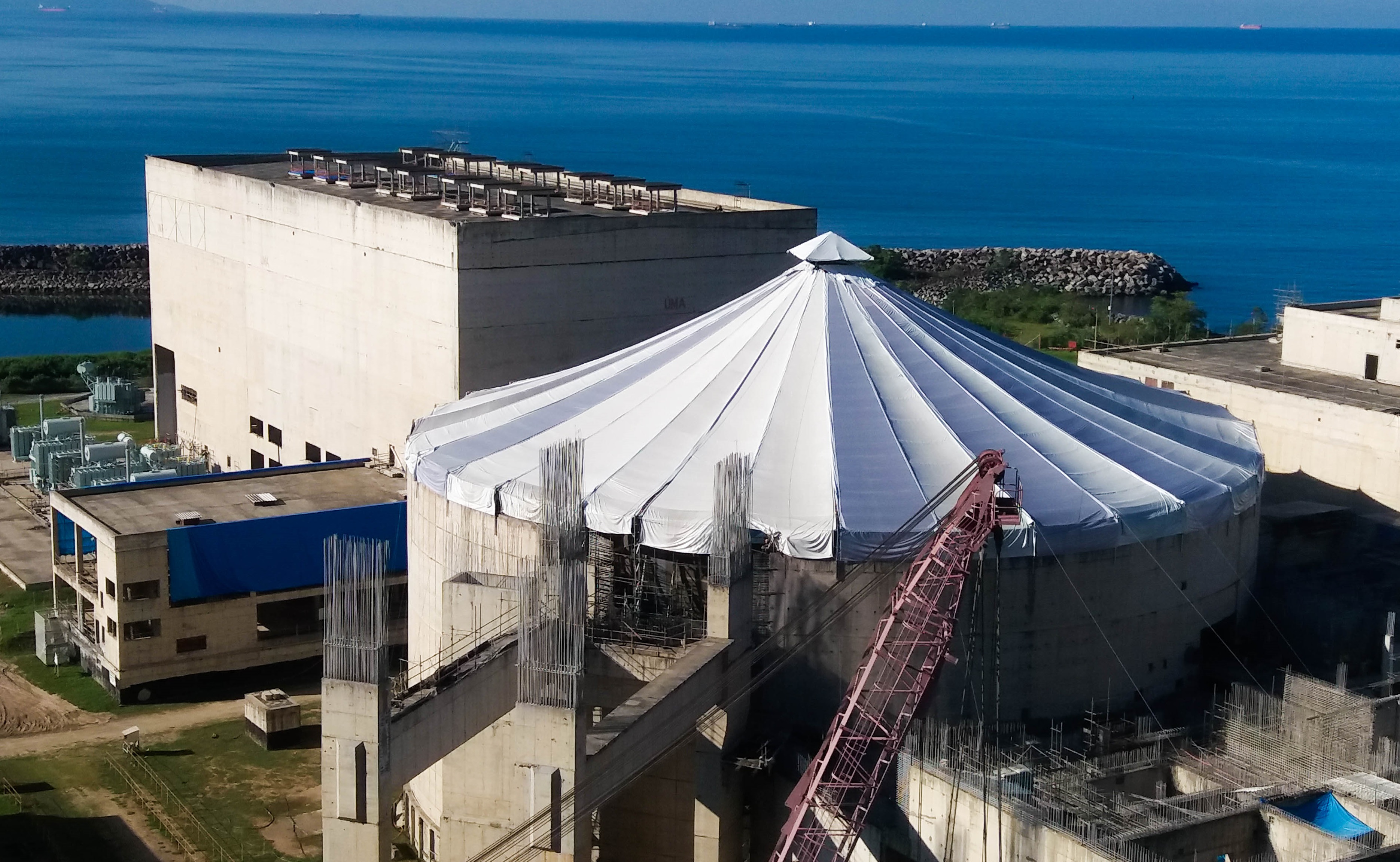 The Brazilian Institute for the Environment and Renewable Natural Resources (Ibama) has renewed the environmental licence permitting continued construction of unit 3 at Brazil’s Angra NPP.

Angra 3 was planned in the 1980s but work stopped due to lack of finance. Construction resumed in 2010, but nuclear utility Eletronuclear (a subsidiary of Eletrobras) faced a corruption scandal in 2015 and stopped paying contractors, including French company Areva, which was installing the Siemens-designed reactor technology now owned by Framatome.

Angra 3 is 67% complete and 80% of the nuclear reactor equipment has been bought and is being stored, costing Eletronuclear BRL25 million ($5m) a year on upkeep and insurance for the construction site. This excludes interest payments on BRL10 billion in loans from national development bank BNDES to build Angra 3.

In order to obtain the installation licence, which is valid for six years, Eletronuclear satisfied some criteria to prove to Ibama that it is meeting its commitments, such as controlling noise levels, correct disposal of waste, investment in worker safety and in the Angra NPP emergency plan. In addition, there are investments in social projects, such as health, education, basic sanitation and security programmes for the region.

In February, Eletronuclear signed a contract with the consortium formed by Ferreira Guedes, Matricial and ADtranz, which will resume the civil works of the plant and will assist in the electromechanical assembly. At the moment, the consortium is in the process of preparing the construction site for construction of the plant to restart. Currently Angra 3 is scheduled to begin operation in February 2028.

Currently, Brazil has two nuclear power plants in operation, both in Angra dos Reis, on the Costa Verde, in Rio de Janeiro. Angra 1 and Angra 2, a total of 1.9GWe, generate 1.1% of the energy of the Brazilian Interconnected System (SIN). Angra 3 will add 1.4GWe for a total of 3.3GWe, which will account for only 1.5% of Brazil’s total energy delivery capacity. Eletronuclear says Angra 3 will generate the equivalent of 50% of the consumption of the State of Rio de Janeiro.

Image: Construction will continue at unit 3 of Brazil’s Angra NPP (courtesy of Eletronuclear)