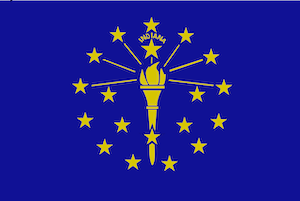 The bill was introduced on 10 January and was approved by the Senate on 1 February (39 votes to nine). Approval by the House of Representatives followed on 22 February (70 votes to 22).

The bill requires the Indiana Utility Regulatory Commission (IURC), in consultation with the state’s Department of Environmental Management, to adopt rules concerning the granting of certificates of public convenience for the construction, purchase, or lease of SMRs, defined as reactors with a rated electric generating capacity of not more than 350MW.

The bill requires the IURC consider:

•        Whether the SMR proposed by a utility will replace a loss of generating capacity in the utility’s portfolio resulting from the retirement of an existing electric generating facility using coal or natural gas as a fuel source.

•        Whether the SMR will be located on or near the site of the facility to be retired. If so, the IURC must consider potential opportunities for the utility to make use of any land and existing infrastructure or facilities already owned or under its control, or to create new employment opportunities for workers displaced as a result of the existing facility’s retirement.

SMRs built after 30 June 2023 will be added to the list of clean energy projects that are eligible for some of Indiana's financial incentives.

Indiana currently generates most of its electricity from coal- or natural gas-fired power plants, according to the US Energy Information Administration. Renewables (mainly wind power) supplied 9% of the state's total electricity net generation in 2020.